Giving What We Can is a community of effective givers. Image: Shutterstock
Published

Since 2009, Giving What We Can has been guided by principles of effective altruism and more than 7,000 people from 95 countries have pledged to donate 10% of their lifetime earnings.

An Oxford-based charitable organisation that aims to change the world’s giving culture and encourages members to donate 10% of their lifetime income has now received pledges of more than $2.5 billion.

Giving What We Can was founded in December 2009 by Dr Toby Ord - a research fellow in the Oxford Martin School at the time and now a Senior Research Fellow at the University of Oxford's Future of Humanity Institute. Also William MacAskill, Associate Professor in Philosophy and Research Fellow at the Global Priorities Institute, Oxford.

The charity is guided by principles of effective altruism, using reason and evidence to find the best opportunities to do good.

It has been amazing watching this community of givers develop and grow. I’m so happy to have had a chance to put these ethical ideas we study into practice.

By January 2013 Giving What We Can had welcomed its 300th member. Today it has seen more than 7,000 people from 95 countries across the globe take a pledge to donate 10% of their lifetime earnings.

Part of the community includes those who have taken the Trial Pledge (at least 1% for any period), and companies who have pledged to give at least 10% of their profits.

Dr Toby Ord said: ‘I’m so excited that Giving What We Can is almost 300 times larger than when we launched 12 years ago. It’s overwhelming to be part of such a large and friendly community of people, all striving to make the world a much better place.

‘It has been amazing watching this community of givers develop and grow. I’m so happy to have had a chance to put these ethical ideas we study into practice.’

In 2014, the vast majority of donations went to charities working on global health and development - primarily those recommended by the charity’s own research as well as GiveWell; a charity evaluator that helps donors find cost-effective, evidence-backed charities.

Giving What We Can is now part of the Centre for Effective Altruism (a registered charity in the UK and USA) and uses other evaluators like Animal Charity Evaluators and Founders Pledge in addition to GiveWell. 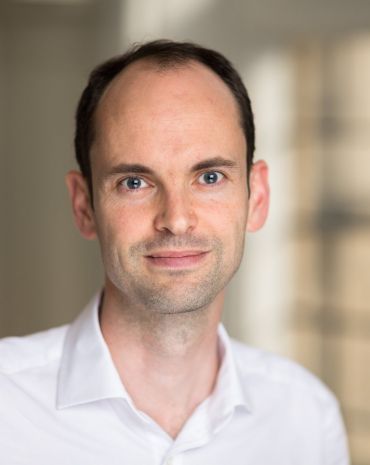 Co-founder Dr Toby Ord
Julian Hazell, an MSc student at the Oxford Internet Institute who works as a content and research associate at Giving What We Can, said: ‘Since 2014, we’ve broadened our focus beyond global health and development to also include areas such as improving animal welfare and safeguarding the long-term future.

‘While our members are free to choose the charities they think are the most effective, many place strong trust in our recommendations when deciding where to donate. We’ve earned this trust by being rigorous, truth-seeking, transparent, and critical about identifying and promoting what we view as the world’s most effective charitable organisations.’

How some of the donations add up:

Animal advocacy has proved a popular cause to focus on.

Julian Hazell says: ‘We’ve seen tremendous success so far in this area: some of the organisations we now recommend have successfully improved the living conditions for hundreds of millions, potentially billions, of animals.

‘Other members are interested in reducing suffering in the world regardless of when it happens. These individuals tend to focus on charities that can safeguard the long-term future from existential risks.

‘Our goal is to create a movement of people who want to use their resources to benefit others as much as possible, namely by donating to the world’s most effective charities.’

Julian adds: 'Ultimately, we want to change the world’s giving culture, so that giving effectively and significantly is the norm. The Pledge is part of that, but not all of it. There are other ways of getting involved. We're very interested in reaching first-time donors and providing them with support so they can begin their journey of effective giving. We offer a wide variety of resources for these sorts of individuals, including cause area write-ups, charity recommendations, an effective giving guide, member profiles, events, and plenty of other material that can help make them more effective givers.'