Inspirational students from Oxford University have taken the top three places in this year’s awards for Rare Rising Stars after being selected from a shortlist of high achievers.

For over ten years, graduate recruitment firm Rare has searched the country for students who have achieved academically as well as in business, charity, community organising, music, sport and technology. Stars are marked for determination, depth of achievement, breadth of talent, initiative and leadership.

Dr Samina Khan, Director of Undergraduate Admissions and Outreach at Oxford University said: ‘Congratulations to this year’s Rising Stars on your achievements and for being celebrated by Rare Recruitment. The last year has been testing for us all; highlighting the challenges that face our society, but it has also highlighted the strengths, excellence, and ingenuity epitomised by your achievements.

‘The University of Oxford is proud to support Rare; as we look to the future with a renewed sense of optimism and determination, we are in no doubt that this year’s Rising Stars will continue to lead and inspire us all.’ 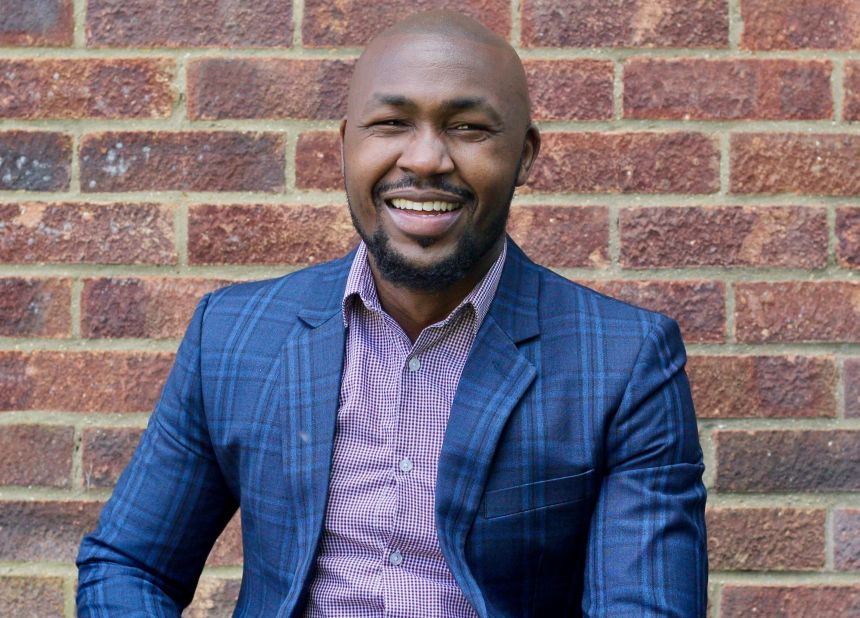 He said: 'I am extremely delighted to win this award and greatly appreciate the efforts and sacrifices that so many people have made to get me here.’

Growing up in a tiny village on the outskirts of rural Kericho, Kenya, Elisha enjoyed school but finances were hard after his parent’s separation and the children were often sent home for failing to pay their school fees.

Despite this, Elisha was a conscientious student and managed to secure a place at Kericho Boys’ High School where he became the first in the school to place in the top 15 students nationally after completing his final year exams - out of more than 400,000 students across Kenya.

During his undergraduate medical studies at the University of Nairobi, Elisha became acutely aware of the challenges of the Kenyan healthcare system. This became particularly apparent while he was on placement in smaller, more remote hospitals, where he witnessed patients sharing beds and others sleeping on the floor due to a lack of adequate resources.

These dreams can only come true if we all work together.

After completing medical school in 2016, Elisha began work with the Ministry of Health as a junior doctor in the surgical unit of Nakuru General Provincial Hospital. Once again, Elisha became all too familiar with the problems of the healthcare system and was determined to make a change. Turning his efforts to health policy and research in a bid to improve clinical outcomes across his country, Elisha applied for the Rhodes scholarship at the University of Oxford and went on to secure his place as one of just two students selected nationally in 2018.

In 2019, Elisha, along with a group of friends, co-founded the Integrated Cancer Research Foundation (ICRF) Kenya, an organisation that seeks to reduce the burden of cancer and improve its management through evidence-based approaches. Many Kenyans were coming to the doctor with advanced stage cancer where little treatment could be offered.

Elisha is also the co-founder of Iluu, a social impact organisation aimed at addressing gender inequalities and improving access to education in marginalised communities in east Africa.

He added: ‘I hope that my story will inspire that little black boy in that remote or marginalised community to have a bold dream. More importantly however, I hope this inspires reputable institutions like the University of Oxford and others to support more students from Minority Ethnic groups and promote diversity and inclusivity. These dreams can only come true if we all work together.

‘Oxford has given me the opportunity to explore my interests in leadership, health policy and research. I am extremely passionate about helping Low-to-Middle-Income countries like my own, Kenya, build stronger health systems that can withstand the tests of pandemics like COVID-19 and future ones. I will therefore be joining the World Bank to work this capacity and gain more experience.' 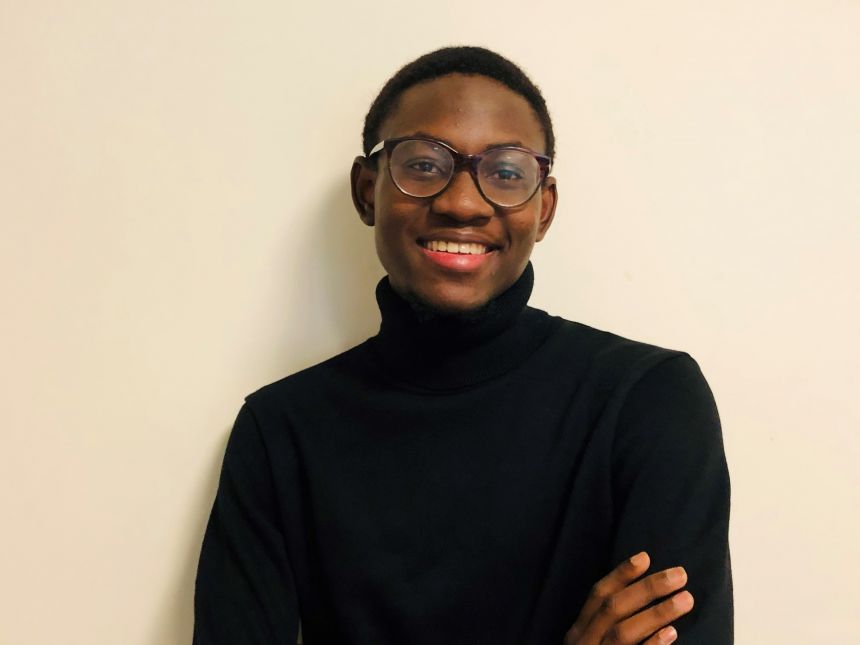 Placed second: Segun grew up in Lagos, Nigeria, in a traditional Nigerian family setting as the youngest member of a large extended family with both his parents being petty traders.

Motivated by a desire to help people and use his love for science, Segun applied himself to his studies and finished as best graduating student in his high school, securing all distinctions.

Segun went on to graduate from medical school in 2019, achieving the top overall grade out of 110 students, and securing over 30 academic and leadership awards.

Beyond academics, Segun is co-founder of The Ganglion Initiative, a youth-focused organisation that seeks to improve access to quality education in Nigeria, addressing the shortage of careers counsellors and university admission services among public secondary schools.

Segun also co-organised the 2018 Federation of African Medical Students Association (FAMSA) General Assembly, where he served as the Vice-Chairperson. His team brought together young people from across the continent and beyond to seek pragmatic solutions to some of the most difficult healthcare challenges in Africa.

Following medical school, Segun was awarded a Clarendon scholarship for his current Masters studies at the University of Oxford, and in March 2021 he was named a Gates-Cambridge Scholar-Elect. His graduate research at both Oxford and Cambridge will find better ways to use the immune system to fight cancer, a challenging disease that disproportionately impacts Africans.

Segun said: 'I am immensely grateful for this recognition and indebted to all the people who have continually provided support and resources to pursue my dreams. I hope that my story can inspire young black people anywhere in the world.' 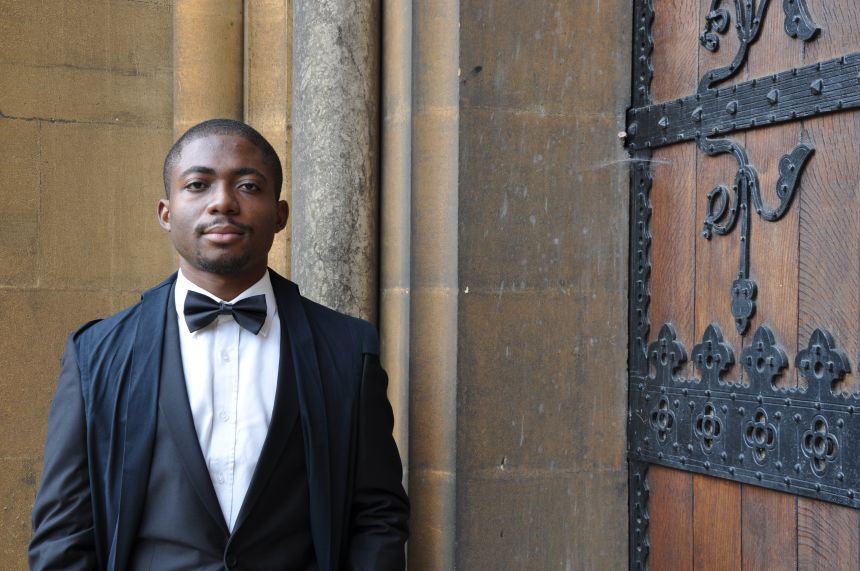 Placed third: To date, Emeka is the only Rhodes scholar from west Africa to study an MSc in Energy Systems at the University of Oxford. He recently gained admission to the Said Business School for an MBA and was offered a DPhil placement to develop modular flexible green hydrogen/ammonia power plants that guarantee renewable penetration. He plans to use his knowledge to improve rural electricity access.

Since starting at Oxford in 2020, Emeka, together with The Ganglion Initiative and the Enugu State Scholarship Board, has created the Coal City Fellowship. The Fellowship seeks to foster innovation amongst Nigerian youth by matching them with mentors from world-class educational institutions like Oxford and Cambridge. The team is also working with all universities in Enugu State.

Emeka was born in Jos, Nigeria, before religious and ethnic tensions resulted in relocation to the south eastern part of Enugu for Emeka’s secondary education. Emeka decided to study electrical engineering, motivated by his parent’s constant struggle with patchy electricity provision during his adolescence. This lack of electrical power had a direct impact upon the family’s livelihood, and Emeka was determined to make a change.

Emeka went on to emerge as the best graduating student from the Faculty of Engineering Sciences at the University of Nigeria, and in 2018 clinched the Best Graduate Engineer Award in Nigeria.

During his final year at university, Emeka joined friends to co-found Greenage Technologies, an organisation that seeks to solve Nigeria’s deep-seated energy problems. The team started making inverters themselves, with the aim of moving into solar panel energy. By doing so, they planned to reduce the cost of renewable energy deployment by 30%.

Growth in the sector required the team to expand from selling only inverters to selling energy. They then began deploying energy products using their inverters to rural users, hospitals and schools, with positive feedback. Under Emeka, Greenage grew from $100 to $200,000 in revenue within two years. As news of their success spread, they secured funding rounds that valued the company at two million dollars. As a result of his work with Greenage, Emeka won the Keyman Award for outstanding entrepreneurship displayed by indigenous energy innovations’ growth.

Emeka was also part of the team that organised the 2021 Oxford Africa Conference, themed ‘Rewriting Our Story & Asserting Africa’s Future’. With the conference, his team drove engagement with political, economic and innovative leaders in Africa to chart ways forward and build back better from the current economic challenges specifically aggravated by the Covid pandemic.

Now in its 13th year, the Rare Rising Stars Award Ceremony was held virtually and streamed on YouTube, on Thursday 29 July at 6.15pm. You can watch the livestream on the Rare London YouTube page.