A new interpretation of the survey behind Domesday Book – the record of conquered England compiled on the orders of William the Conqueror in 1086 – has emerged from a major new study of the survey’s earliest surviving manuscript.

A new interpretation of the survey behind Domesday Book – the record of conquered England compiled on the orders of William the Conqueror in 1086 – has emerged from a major new study of the survey’s earliest surviving manuscript.

Research published in the prestigious English Historical Review shows historians now believe Domesday was more efficient, complex, and sophisticated than previously thought. The survey’s first draft, which covered England south of the River Tees, was made with astonishing speed – within 100 days.

It was then checked and re-organised in three further stages, resulting in the production of new documents, each carefully designed for specific fiscal and political purposes. The iconic Domesday Book was simply one of several outputs from the process.

Lead researcher, Dr. Stephen Baxter, Professor of Medieval History at the University of Oxford, said: ‘Domesday Book is at once one of medieval England's best known and most enigmatic documents. The reasons for – and processes behind – its creation have been the subject of debate among historians for centuries. This new research, based on the earliest surviving Domesday manuscript, shows the survey was compiled remarkably quickly and then used like a modern database, where data is entered in one format and can be extracted in other formats for specific purposes.’

This interpretation emerged from a major collaborative study of Exeter Cathedral Library MS 3500, aka Exon Domesday. Although incomplete, covering only Wiltshire, Dorset, Somerset, Devon and Cornwall, it remains priceless because it is the earliest surviving manuscript and contains distinct texts written by several scribes, working under intense pressure in the summer of 1086. The text has been in print since 1816, but a team of specialists led by scholars based at the University of Oxford and King’s College London have now established what each scribe wrote, what sources they drew on, and how they collaborated. It affords a deeper understanding of how and why Domesday was made. 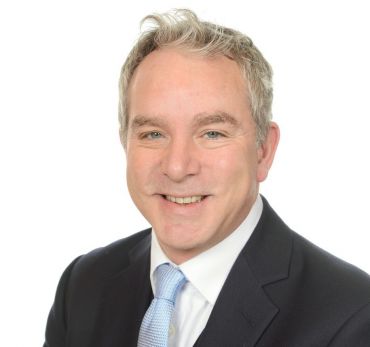 Professor Stephen Baxter
Oxford Prof. Stephen Baxter said: ‘This research shows the compilation of Domesday to be one of the most remarkable feats of government in the recorded history of Britain. The survey was brilliantly conceived to generate and structure information that would enable the Conqueror’s regime to maximise his revenue from different income streams.’

Historians have known for some time the Normans inherited an unusually powerful state in 1066. Even so, this new evidence demonstrates how effectively they mastered its machinery and adapted it to the particular challenges of governing conquered England.

It also confirms they did so drawing on ideas, technologies, and personnel originating from the Continent, for the closest parallels are the great surveys compiled by the Emperor Charlemagne and his successors in the eighth and ninth centuries, and confirmation charters issued across northern France in the late eleventh.

In addition, the study of Exon’s scribes has established they were trained in either Normandy or elsewhere in north-west Europe. As Baxter puts it, ‘The Domesday survey was, therefore, a distinctively English yet fundamentally European phenomenon.’

These findings may resonate widely at a time when the pandemic and Brexit has placed intense demands on the machinery of the state and public participation in its strategies.

Discover more in an interview with Professor Baxter on the BBC History Extra Podcast:

Prof. Stephen Baxter is a world-leading expert on Domesday Book. His research has formed the basis of radio and television documentaries, including on the Domesday survey (BBC2). He is Clarendon Professor of Medieval History and Barron Fellow in Medieval History at St Peter's College, Oxford (stephen.baxter@spc.ox.ac.uk)

This new interpretation of Domesday is advanced by Stephen Baxter, ‘How and Why was Domesday Made?’, English Historical Review, Volume 135, Issue 576 (published online 22 December, 2020 and freely accessible).

This article represents one of the fruits of ‘The Conqueror’s Commissioners: Unlocking the Domesday Survey of South-Western England’, a project funded between 2014 and 2017 by the Arts and Humanities Research Council (grant number AH/L013975/1), principal investigator Julia Crick, co-investigators Stephen Baxter and Peter Stokes.

A book is in progress and will be published in 2021: Stephen Baxter, Julia Crick and C. P. Lewis, Making Domesday: The Conqueror’s Survey and its Context (Oxford University Press, forthcoming 2021).