He may have just received an honorary MA in recognition of 50 years’ service to the Department of Pharmacology, but John Harris still recalls his first day nerves aged 19.

“I think it was actually my mum who saw the job advertised,” said Oxford-born John, who started out as a Junior Technician in the Department of Pharmacology Workshop in 1969.

“I remember I came in early on my first day and I was a little bit nervous.

“I was mainly building things for the researchers in the labs and making sure everything was working in the classrooms for the medical students.”

John has remained in the workshop ever since and past his 50-year milestone in October 2019, when the department held a reception for him. Then, on 29 February 2020, he received his honorary MA at the Sheldonian Theatre.

“Everyone made me feel so special on the day,” said John, who particularly enjoyed part of the ceremony outside afterwards where, as a member of the procession, he had to doff his cap to applauding students who had received their degrees.

As Facilities Manager, John’s work today includes managing the workshop and facilities in the building, the design and build of new labs and office spaces, as well as making anything from small Perspex baths for microscopes to large Faraday cages for researchers in the labs.

“I like it when I have made something and someone is pleased with it. I do like that I work with my hands every day. It’s an incredibly varied job.”

He says one of his favourite things over the past 50 years has been the interaction with people from all over the world.

“I feel very lucky because I get to go to all the different labs and sort out problems with professors and students, everyone.

“When I first started there was a bigger divide between academics and technicians but that’s not the case now and is probably one of the biggest things that’s changed.” 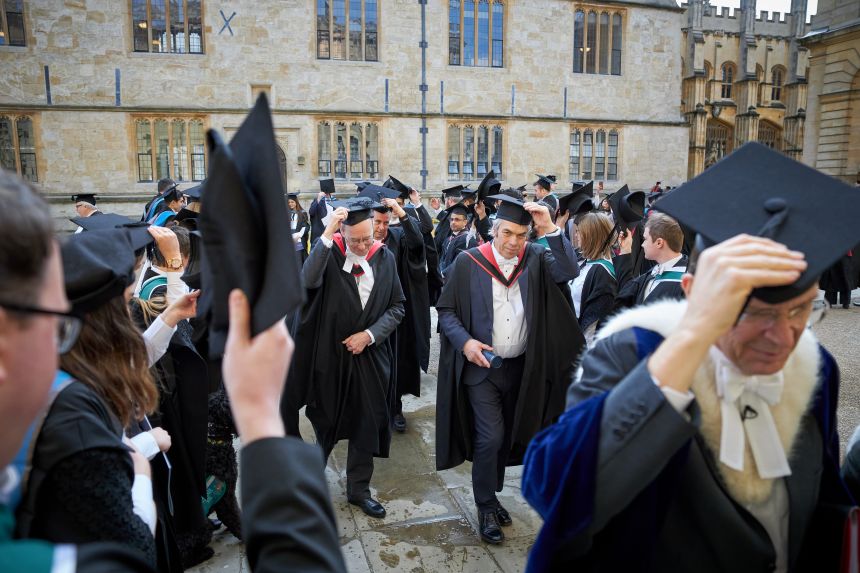 As part of the procession, John Harris doffs his cap outside after the ceremony. Image by Ian Wallman

Highlights down the years include hearing Nelson Mandela speak about his life at the Sheldonian Theatre in 1997, which John describes as “absolutely incredible”.

John played football for many years for the University's Mansfield Road Football Club and was part of the Pharmacology cricket team which won the Jack Cox Trophy in 1994.

But back in the workshop, to the researchers he works with, John remains indispensable. “Without the contribution of John and other brilliant support staff, our research would literally grind to a halt,” commented DPhil student Matthew Buchan.