We celebrate Women's History Month by speaking to a group of remarkable women about life here now.

It is a landmark year in the history of Oxford University. It is a century since the first few women doffed their caps and collected degrees alongside men at the Sheldonian Theatre. It may sound outrageous to modern ears, but in 1920, women over 30 had only recently won the vote and it was eight years before women had the same voting rights as men.

In the hundred years since women first won letters after their names, women’s halls have become colleges – and admitted men. Women have appeared in all aspects of university life, from the staircases of ancient foundations to prestigious professorships. Women are chaplains and proctors. Women are fellows and heads of some of the most illustrious colleges. We now have a female Vice-Chancellor. Since 2018, women have made up more half of UK students admitted each year. The women who now live, work and study in Oxford come from different backgrounds, school types and cultures. Next weekend, to mark International Women’s Day, we will be hearing some of their stories. 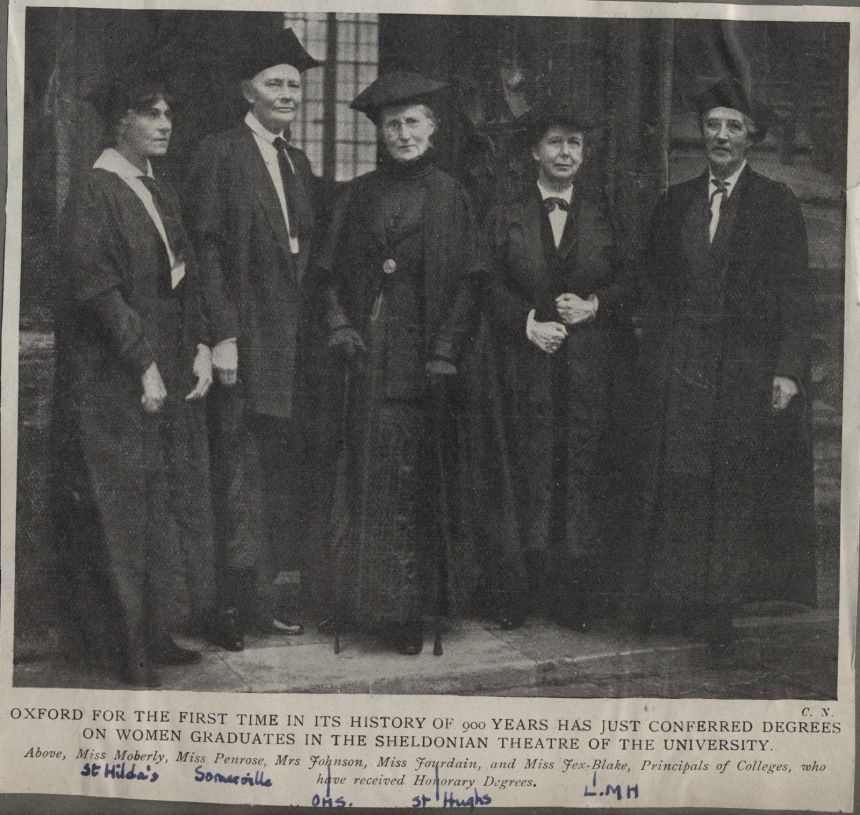 An image of  Oxford University college Principals becoming the first women to receive honorary degrees from the University in 1920. Image credit: OU

This is an eclectic group, assembled from across the University, but they are anything but random. They range in age from 18 to 60-something. They include students and postgraduates, leading academics and university staff, scientists and historians, theologians and custodians, classicists and lawyers. They are all different. But, in intriguing and surprising ways, they are the same.

While they come from different countries, regions and cities, they do not fit a stereotype of an Oxford woman. Many were the first in their family to go to university. Most were state educated, and they come from all different types of social backgrounds. A number are the first from their school to go to Oxford. And they are all somewhat bemused to find themselves a woman at Oxford. The first to be interviewed said: 'Everyone here suffers from imposter syndrome.'

This was a theme with all the interviewees. Each of the 15-strong group is an extraordinary woman. All are ferociously accomplished, but there was no laurel resting. Most considered themselves incredibly fortunate to have the opportunity to study or work at Oxford. Several said they were determined to make the most of it – for themselves and for others. But their self-effacement should not be mistaken for lack of competence or confidence. Their interviews and work show they are determined, impressive women. Several are the first women to hold their posts. But, they are sure, they will not be the last.

Women’s History Month begins today. This year, the theme is 'Valiant women of the vote'. We hope you’ll join us as we explore the women who make Oxford what it is today.

Read our interviews with these remarkable Oxford women on Medium: