Ice and icebergs of unusual forms and colours

New research, published today in Nature, led by scientists at the University of Oxford’s Department of Earth Sciences, and at the Geological Survey of Israel, provides evidence from Siberian caves suggesting that summer sea ice in the Arctic Ocean plays an essential role in stabilising permafrost and its large store of carbon.

Permafrost is ground that remains frozen throughout the year; it covers nearly a quarter of Northern Hemisphere land.  The frozen state of permafrost enables it to store large amounts of carbon; about twice as much as in the atmosphere.  The rate and extent of future thawing of permafrost, and consequent release of its carbon, is hard to predict from modern observations alone.

However, a crucial past relationship between summer sea ice in the Arctic and permafrost, discovered in this study, is now understood, with significant implications for the future.

Prof. Gideon Henderson, an author of the study based at the Department of Earth Sciences, University of Oxford, said: ‘We were surprised to find that times when permafrost melted in the past did not simply match up with times when the Earth was at its warmest, but were much more likely when the Arctic was free of ice in the summer.  This discovery about the past behaviour of permafrost suggests that the expected loss of Arctic sea ice in the future will accelerate melting of the permafrost presently found across much of Siberia.’

Significant decreases of Arctic sea ice have been observed in recent years, and the Arctic is expected to be free of summer sea ice in the coming decades.  Such loss of sea ice is likely to lead to an acceleration of thawing of permafrost in Siberia and to consequent release of carbon. 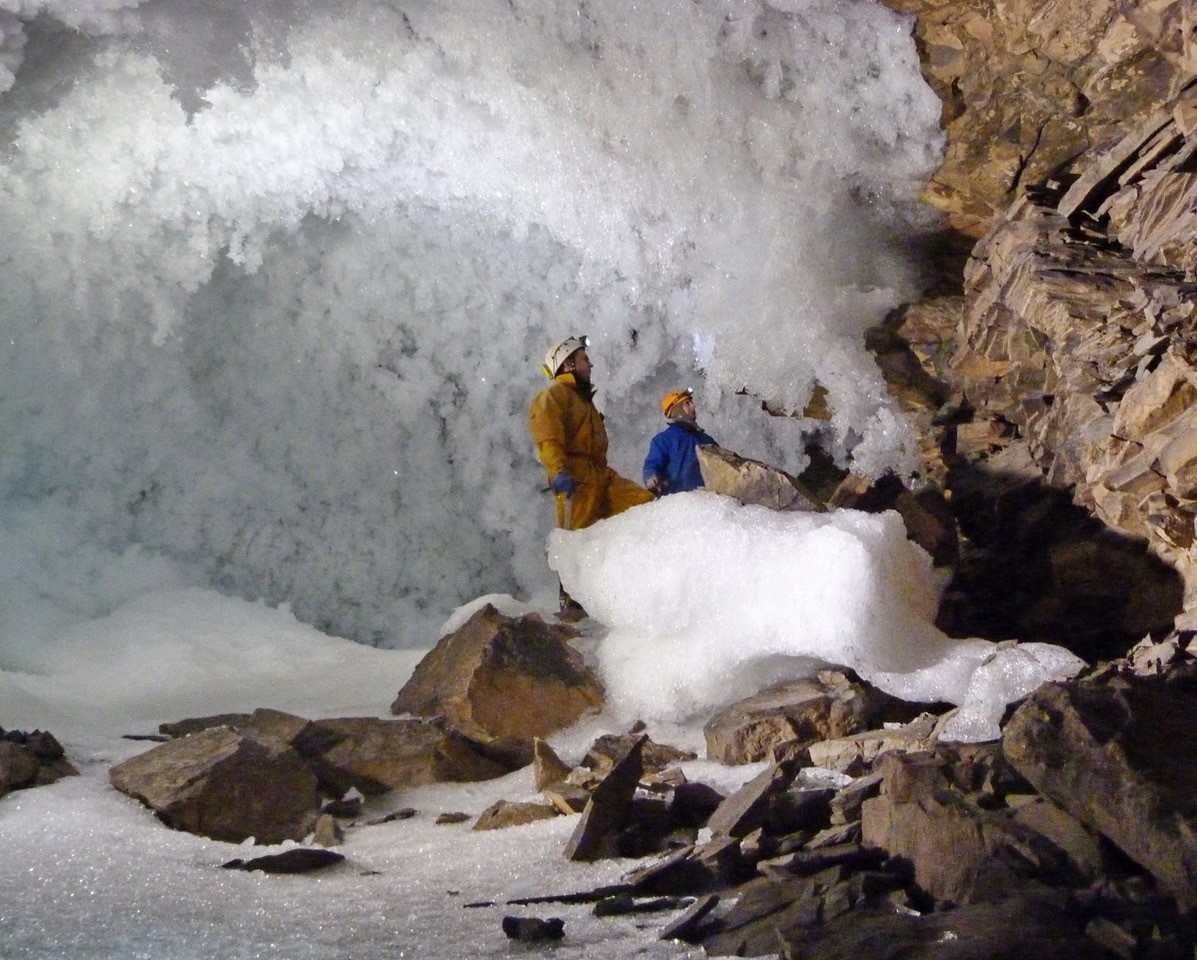 Development of new approaches to date stalagmites using measurements of natural uranium and lead, allow dating of the recovered stalagmites - and therefore of periods of permafrost absence - for the last one and a half million years.  Stalagmites grew intermittently from 1,500,000 to 400,000 years ago, and have not grown for the last 400,000 years.  The timing of stalagmite formation, and therefore absence of permafrost, do not relate simply to global temperatures in the past but are notably more common when the Arctic Ocean was free of summer sea-ice.

This study shows that several processes may lead to the relationship between Arctic sea-ice and permafrost.  The absence of sea ice leads to an increase in heat and moisture transfer from ocean to atmosphere and therefore to warmer air transported far overland into Siberia.  Moisture transport also increases snow fall over Siberia during the autumn months. This blanket of snow insulates the ground from the extreme cold of winters leading to an increase in average annual ground temperatures, destabilising the permafrost.  Consequently, in regions with increased snow cover and insulation, permafrost will start to thaw, releasing carbon dioxide that was trapped for millennia.

The international team involved in the study consists of scientists from the Geological Survey of Israel, The University of Oxford, UK, Northumbria University, UK, The Institute of Earth’s Crust of the Russian Academy of Sciences (Irkutsk, Russia), and the Speleoclub Arabica (Irkutsk, Russia).