Baroness Nicola Blackwood of North Oxford, Parliamentary Under Secretary of State for Innovation, has officially opened the Oxford BioEscalator.

The BioEscalator is a new innovation centre for high-potential, early-stage medical science companies co-located alongside Oxford University’s world-class medical research at the Old Road Campus, Headington. It is one of four innovation centres in Oxfordshire supported by the government’s City Deal.

More than a dozen companies, working on novel diagnostics, therapeutics and platform technologies applicable to a wide range of diseases, have already moved into the BioEscalator, which acts as a hub for collaboration between the University and industry. The tenants have already attracted £43.2m of investment since they moved in, and between them employ 55 specialist and innovative staff.

Oxford University’s Professor Matthew Wood, Chair of the BioEscalator Management Board, said: “The quality and quantity of world-leading medical research in Oxford University is second to none. In order for these ideas to reach the clinic and make a real impact on people’s lives, it is vital that they are nurtured at the risky early stages – the BioEscalator now provides the environment and expertise to do just that.”

During the launch event, Baroness Blackwood unveiled the BioEscalator sign showcasing a list of the first companies to be accommodated in the new innovation centre.

Baroness Blackwood said: “It is completely clear how brilliant the BioEscalator is going to be for incubating innovation. Its modular and scalable approach, and its opportunities for cross-fertilisation, are clearly going to prove invaluable for those occupying this space and allow those collaborating here to adapt and flex their projects.”

Minister for Local Growth, Jake Berry MP, said: “This government is committed to boosting economic growth across the whole of the UK and building a Britain fit for the future.

“I am proud one of the world’s largest medical research facilities has been made possible thanks to £11m from the Oxford and Oxfordshire City Deal.

“This major investment will help accelerate discoveries in medical science by providing researchers, clinicians and entrepreneurs a place to work together to develop new and innovative ideas which will benefit people across the globe.”

The BioEscalator has been designed for small and growing medical science businesses, with an emphasis on flexibility and support. Entrepreneurs can start with just one lab bench in a shared lab and move to a private lab as they grow.

This combination is already proving popular with tenants, and the labs have filled up quickly. Charlotte Casebourne, CEO of tenant Theolytics Ltd, said: “The BioEscalator was exactly the environment that we needed to get Theolytics started, and the facilities team has been incredibly supportive over the course of that journey. As an additional factor, I cannot over-emphasise the value of being in an environment with other people navigating the challenges associated with the early start-up stage. In essence, I would wholeheartedly recommend the facilities to others at the early stages of their development journey.”

The BioEscalator is also a hub for entrepreneurial biosciences for the University and the region, organising and hosting events aimed at increasing the collaboration between University researchers, companies small and large, and the wider innovation ecosystem. In its first nine months, the BioEscalator has hosted more than 25 events, bringing 550 people through its doors.

The BioEscalator shares the Innovation Building with the Novo Nordisk Research Centre Oxford. Co-location of medical researchers, clinicians, pharma and start-up companies on campus is a powerful combination for propelling ideas along the difficult path from idea to clinic. 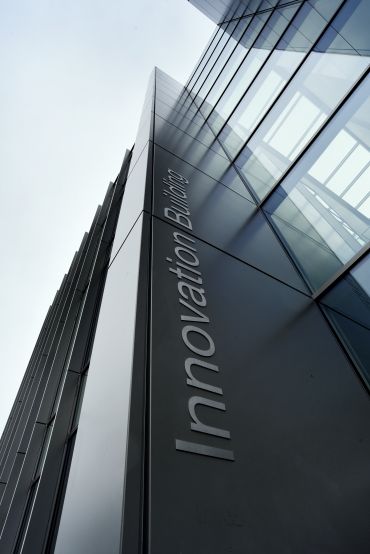