Dr Claire Craig CBE has been pre-elected Provost of The Queen's College, Oxford. She will be the first female Provost of the College, and her arrival coincides with the 40th anniversary of the admission of women to the College. She will take up the role on 2 August 2019, succeeding Professor Paul Madden.

Dr Craig is currently Chief Science Policy Officer at the Royal Society, and was previously the Director of the UK Government Office for Science. She has worked extensively on strategy and science in decision-making. Her career includes periods at McKinsey and the Prime Minister's Delivery Unit, working in the Cabinet Office and the Ministry of Defence. She was awarded a CBE for her part in developing the UK government’s science-based strategic futures programme, Foresight, which provided evidence and insights to decision-makers in areas from flood risk in 2080, to human enhancement, and the future of computer-based trading in financial markets.

Dr Craig says, 'I am delighted and honoured to have been pre-elected as Provost of Queen's. This is an important time for those who care passionately about scholarship, research, and learning. The College has a long tradition of stewarding excellence and I look forward to continuing to develop this with the Fellows, students, staff, and all those who make up the Queen’s community.' 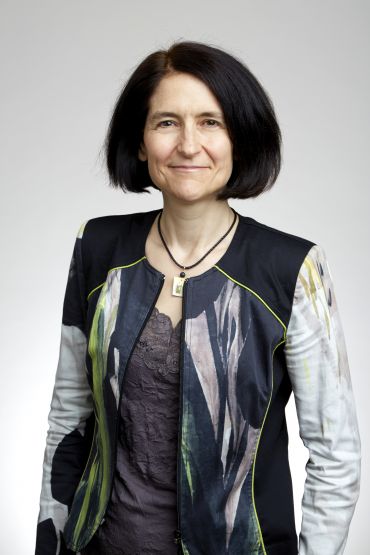 Dr Claire Craig is the first female Provost of The Queen's College.

The current Provost, Professor Paul Madden, says: 'I am delighted to learn of the decision to pre-elect Claire Craig to be my successor, which suggests a continued sense of common purpose in the College. I have enjoyed meeting Claire and discussing her ideas and perceptions. She is very well-prepared to lead the College through the potentially turbulent times ahead and to forge good relationships at all levels of the extended College community. I congratulate the Electoral Body on an excellent choice!'

Dr Craig was previously the Director of the UK Government Office for Science, and has held board-level roles at a range of research and teaching institutions, including the Council of King’s College London, where she helped establish King's Maths School, a university-sponsored Free School for talented 16-19-year-old mathematicians; the University of the West of England; and Newnham College, Cambridge. She is also the UK representative on the Governing Body of the European Commission's Joint Research Centre.
She trained originally as a geophysicist, and spent two years helping launch a hands-on science centre in her home town of Bristol. She is a graduate of Newnham College, Cambridge.