The 'Lest We Forget: Keep Their Stories Alive' project is creating a digital archive of First World War artefacts.

The Commonwealth War Graves Foundation (CWGF) has been awarded £87,800 by the Heritage Lottery Fund towards a project to create a digital archive of First World War artefacts in collaboration with Oxford University.

The UK-wide ‘Lest We Forget: Keep Their Stories Alive’ initiative will include public roadshows across the country where people can present objects stored in their bedrooms and attics to find out more about them and have them digitised for the archive.

The project has received the funding through the Heritage Lottery Fund’s ‘First World War Then and Now’ programme. The funding builds on donations raised through Oxford University’s crowdfunding platform, OxReach.

Dr Stuart Lee, Deputy CIO of IT Services at Oxford and a member of the Faculty of English, said: ‘Lest We Forget began as an idea in 2017, building on ten years of successful projects around crowdsourcing First World War material. We want to support schools and local communities to run their own digital collection days to allow them to record those stories, objects and memories from the First World War that survive – not in museum collections or history books but in the hearts and homes of the very many families and individuals affected.

‘After a successful crowdsourcing project we were able to launch the initial project in October 2017, and this collaboration with the Commonwealth War Graves Foundation will enable us grow even further as we approach the Armistice anniversary.’

The CWGF is the charitable arm of the Commonwealth War Graves Commission (CWGC). Julian Evans, International and Community Engagement Director for the CWGC, said: ‘We are thrilled to have been awarded this grant and are grateful to all who play the National Lottery. The Commonwealth War Graves Foundation was launched in 2017 in honour of our 100th anniversary. Working with Oxford University, this ground-breaking project will enable us to engage with communities across the UK, shining a light on their own heritage and sharing stories of those who served in the First World War.’

Events will be staged around the country following calls to communities to reach into their attics, bedrooms and cupboards and bring along their First World War heirlooms and valuables. A team of experts and volunteers will be able to tell them more about their objects and create a digital record of it to be stored online as a lasting legacy.

The free-to-use digital archive will be accessible at the Lest We Forget webpage and will go live in November 2018 as the country marks 100 years since the end of the First World War. Alongside it will be a series of four heritage trails inspired by the items collected and encouraging communities to explore the First World War heritage across the UK by visiting some of the CWGC’s UK sites.

Michelle Roffe, Head of Heritage Lottery Fund (HLF) South East England, added: ‘The impact of the First World War was far-reaching, touching and shaping every corner of the UK and beyond. Thanks to National Lottery players, HLF has already invested more than £90 million to more than 1,700 projects – large and small – that are marking this global centenary. We are delighted to support the Lest We Forget project in exploring the continuing legacy of this conflict.’ 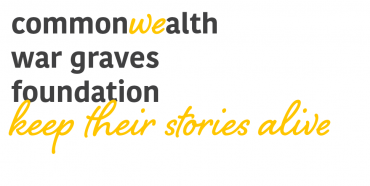