The President of the European Research Council has seen for himself the results of funding innovation and excellence at Oxford.

Professor Jean-Pierre Bourguignon, President of the ERC, spent a day at Oxford, first meeting with the Vice-Chancellor, Professor Louise Richardson and the Pro Vice-Chancellor for Research, Professor Ian Walmsley. He then toured the University, meeting many ERC grant holders and learning of the breakthroughs and impact of their research.

Professor Bourguignon’s visit comes as new figures show Oxford is the top performing university in Europe’s current Horizon 2020 funding programme, with a total of 355 grants worth €236m. In the most recent round of Advanced Grants, for senior researchers, Oxford was the UK’s most successful university, with 14 awards.

Professor Bourguignon met representatives of all four academic Divisions, reflecting the University’s success in winning awards spanning medicine, the social sciences, humanities and mathematical, physical and life sciences. He heard of the difference ERC projects are making to parenting in South African townships, support for minorities in the judicial system and tracking the intellectual revolution fuelled by the printing press.

ERC strategy encourages interdisciplinary research and projects with a higher risk of success. Presenting his research into the cult of saints, Professor Bryan Ward-Perkins of the Faculty of History explained it involved a large team with expertise in six ancient languages studying evidence spanning several centuries. He told Professor Bourguignon: 'Without the ERC, a project of this scale and complexity could not have been imagined.' 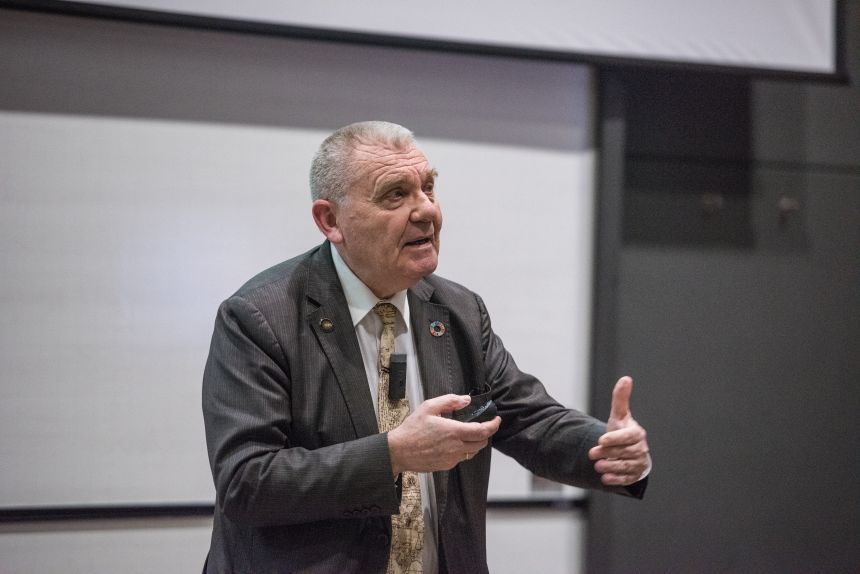 Professor Jean-Pierre Bourguignon, President of the ERC, speaking at the University of Oxford

Giving a lecture at the Andrew Wiles Building on the ERC’s achievements and ambitions, Professor Bourguignon said his visit had illustrated the success of the Council’s strategy. He said: 'Our mission is to raise the level, dynamism and creativity of the whole European research system. This whole day has proven that is happening here at Oxford.'