An Oxford University collaboration has shed light on the origins of some of South East Asia’s most iconic and unique wildlife; the ‘deer-pig’ (Sulawesi Babirusa), ‘warty pig’ and the ‘miniature buffalo.’ In doing so, the research has revealed that Sulawesi, the island paradise where they were discovered, is younger than previously thought.

Sitting in a region called Wallacea (named after Alfred Russel Wallace, who discovered the island), at the interface of Eurasia and Australia - two vastly different eco-zones, the island of Sulawesi is home to hundreds of unique plant and animal species. The origin of these species has fascinated generations of Naturalists since the 1700s.

To better understand the ancestry of Sulawesi’s extraordinary fauna, a team of researchers from Oxford’s Department of Archaeology and Queen Mary University of London, used a combination of morphological and genetic data, alongside geological reconstructions of the island. Their analysis, which makes use of over one thousand samples, many of which were collected during the 19th and 20th century, represent the largest genetic study of these species.

The results reveal that though each species most likely arrived on what is now the island of Sulawesi at different times over the past 13 million years, all of them began to spread across the island simultaneously about 1-2 million years ago. This timing exactly coincides with geological evidence for the emergence of the arms of the island from the ocean. This coincidence indicates that the highly biodiverse and endemic ecosystems of Sulawesi have been assembled over a far more recent time frame than previously thought. 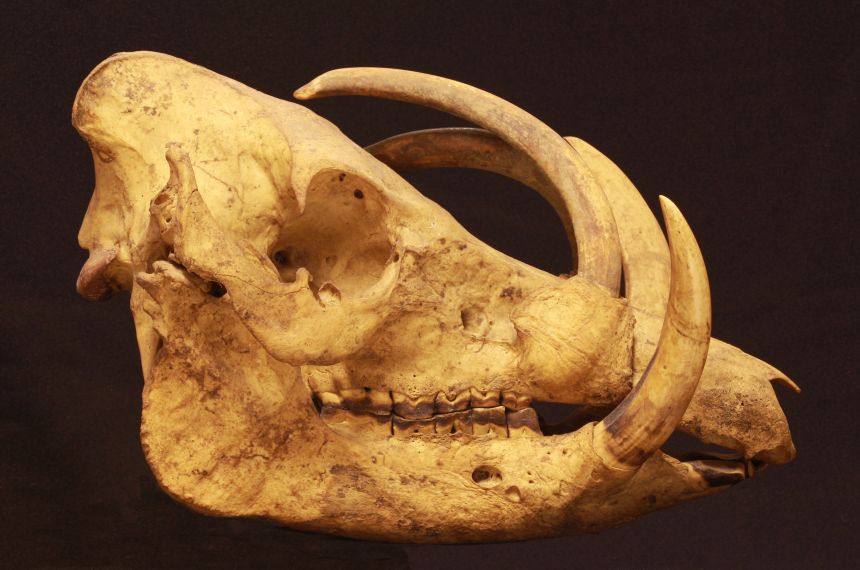 Adult male babirusa skull, Gothenburg Museum of Natural History, collected in the 1920s. Babirusa is an endangered suid endemic to the Island of Sulawesi (Indonesia). While we now know much about its recent evolutionary history, this enigmatic species is considered a “ghost-lineage” because it diverged some 13 million years ago from its most closely related species (pigs and warthogs) and is unknown in the fossil record outside Sulawesi.

Professor Greger Larson, Director of Palaeogenomics & Bio-Archaeology Research Network at Oxford and senior author of the study, said: ‘Sulawesi is an amazing island, unlike any other on Earth. The key link between the three large mammals in this the study is that none of them fly. Sulawesi has been an island for a long time so however they arrived, they have been evolving in isolation.

‘Understanding their evolutionary history was only possible by looking not only at their genetic signatures but also the geologic history of the island. The whole region is highly tectonic and we were able to reconstruct how much of the island was under water and when.

‘Using a molecular clock we were then able to date the time of the expansion of all three species and by correlating those dates with the appearance of the different land masses that make up Sulawesi, we found a perfect temporal match.’

Laurent Frantz, Lecturer in Molecular Genetics and Informatics at the Queen Mary University of London said: ‘Following his famous explorations, Alfred Wallace described Sulawesi as anomalous, first noting the merging of two immensely different worlds on this island. For a long time, we thought these anomalous ecosystems slowly assembled over tens of millions of years, as continents drifted. Yet, we now know that very recent geological processes, over only the last few million years, dramatically shaped this singular tropical paradise.

‘This research relied not only on state-of-the-art technologies, but also the efforts of 19th and 20th century naturalists and museum curators, who meticulously collected and preserved specimens for future generations.’ 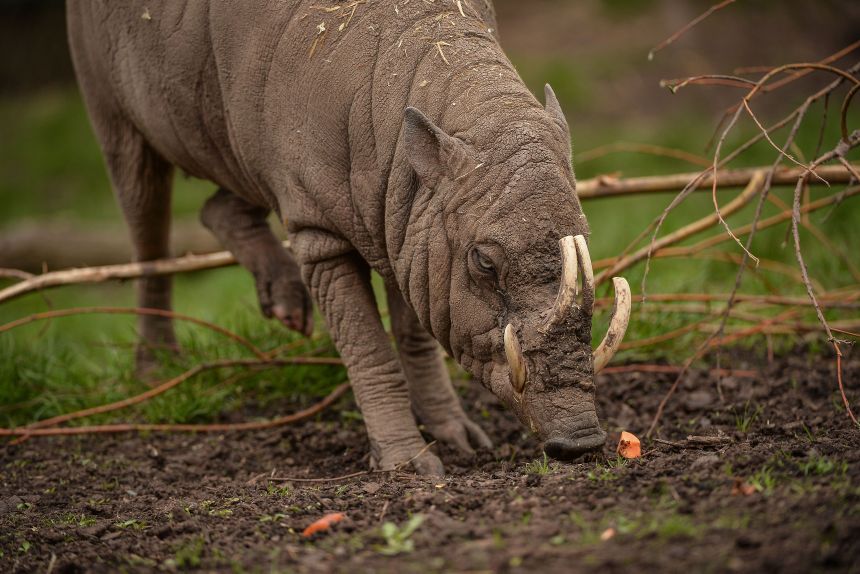 Adult male babirusa from Chester Zoo. Babirusa is an endangered suid endemic to the Island of Sulawesi (Indonesia). While we now know much about its recent evolutionary history, this enigmatic species is considered as a “ghost-lineage” because it diverged some 13 million years ago from its most closely related species (pigs and warthogs) and is unknown in the fossil record outside Sulawesi.
Image credit: Alex Knight, Chester Zoo

Proceedings of the Royal Society B: Synchronous diversification of Sulawesi