Great tit social network. Circles represent individual birds' positions within the social network, and the circle colour shows their overall sociability (red=very sociable and yellow=less sociable). The lines joining the circles illustrate the social ties between birds, and the thickness of each line indicates the strength of the social bond. Image credit: Josh Firth
Published

New Oxford University research has revealed that instead of grieving, wild birds appear to adjust to the loss of a flockmate by increasing both the number and intensity of their relationships with other birds.

Human impacts around the globe are causing increasing numbers of wild animal populations to decline. The effects of losing a mate, friend or group member on remaining animals’ social behaviour is currently little understood. The research newly published in the journal Proceedings of the Royal Society B, sought to improve our understanding of how wild animals cope with loss.

Scientists from Oxford University’s Department of Zoology tracked the social interactions between more than 500 wild great tits over winter, whilst temporarily removing birds from flocks at random. By doing so, the team were able to assess how wild birds respond to losing their flockmates, providing new insights into social behaviour which may also have valuable implications for conservation programs.

Lead author, Postdoctoral Research Fellow Dr Josh Firth said: ‘We found that individual birds adapt to losing a flockmate by increasing not only the number and tightness of their social relationships to others, but also their overall connectedness within the social network of remaining individuals.’ 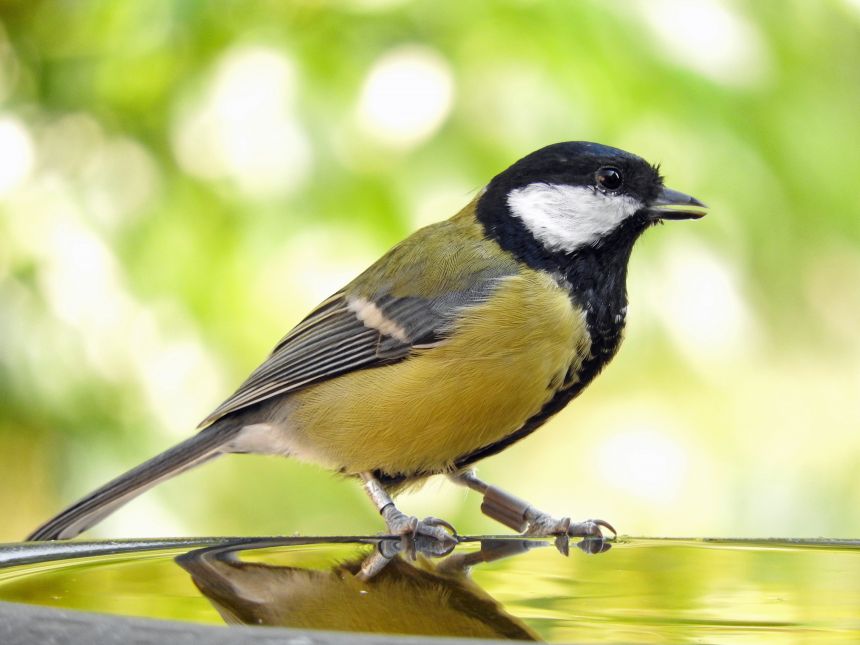 Previous computational research has suggested that losing individuals may cause animal social systems to break down but the new findings suggest a brighter picture. If animals have the ability to adapt to the disruption caused by losing members of their group, important processes like information transmission may be maintained better than expected. In the same sense, strategies that focus on culling individual animals to prevent disease spread may be futile if the remaining animals respond by making new social links.

This research represents the first experimental test of how wild animal social networks respond to loss, and the findings share clear parallels with a recent study that looked at how losing a friend impacts human social networks. The human-based research used data from Facebook to show that following the death of a user friends of the deceased appear to become closer and increase their interactions over Facebook with each other.

Dr Firth said: ‘Great tits are very sociable birds, and their relationships shape almost every aspect of their lives. A real benefit of studying these birds is that we can run experiments to test the principles of social behaviour. Interestingly, in this case the results appear surprisingly similar to what has been suggested for humans.’

‘Now we understand how birds adjust their social behaviour upon losing randomly chosen flockmates, we want to experimentally test the consequences of removing the key players and the most sociable individuals for conservation-related processes such as information and disease spread.’

The full paper citation is ‘Wild birds respond to flockmate loss by increasing their social network associations to others’ and is available to download here: https://doi.org/10.1098/rspb.2017.0299