Homing pigeons may share the human capacity to build on the knowledge of others, improving their navigational efficiency over time, a new Oxford University study has found.

The ability to gather, pass on and improve on knowledge over generations is known as cumulative culture. Until now humans and, arguably some other primates, were the only species thought to be capable of it.

Takao Sasaki and Dora Biro, Research Associates in the Department of Zoology at Oxford University, conducted a study testing whether homing pigeons can gradually improve their flight paths, over time. They removed and replaced individuals in pairs of birds that were given a specific navigational task. Ten chains of birds were released from the same site and generational succession was simulated with the continuous replacement of birds familiar with the route with inexperienced birds who had never flown the course before. The idea was that these individuals could then pass their experience of the route down to the next pair generation, and also enable the collective intelligence of the group to continuously improve the route’s efficiency.

The findings, published in Nature Communications, suggest that over time, the student does indeed become the teacher. The pairs’ homing performance improved consistently over generations – they streamlined their route to be more direct. Later generation groups eventually outperformed individuals that flew solo or in groups that never changed membership. Homing routes were also found to be more similar in consecutive generations of the same chain of pigeon pairs than across them, showing cross-generational knowledge transfer, or a “culture” of homing routes.

The necessary innovations in each generation come from a form of collective intelligence that arises through pairs of birds having to solve the problem together – in other words through ‘two heads being better than one'.

Takao Sasaki, co-author and Research Fellow in the Department of Zoology said: ‘At one stage scientists thought that only humans had the cognitive capacity to accumulate knowledge as a society. Our study shows that pigeons share these abilities with humans, at least to the extent that they are capable of improving on a behavioural solution progressively over time. Nonetheless, we do not claim that they achieve this through the same processes.’

When people share and pass knowledge down through generations, our culture tends to become more complex over time, There are many good examples of this from manufacturing and engineering. By contrast, when the process occurs between homing pigeons, the end result is an increase in the efficiency, (in this case navigational), but not necessarily the complexity, of the behaviour.

Takao Sasaki added: ‘Although they have different processes, our findings demonstrate that pigeons can accumulate knowledge and progressively improve their performance, satisfying the criteria for cumulative culture. Our results further suggest that cumulative culture does not require sophisticated cognitive abilities as previously thought.’

This study shows that collective intelligence, which typically focuses on one-time performance, can emerge from accumulation of knowledge over time.

Moving forward, the team intend to build on the study by investigating if a similar style of knowledge sharing and accumulation occurs in other multi-generational species’ social groups. Many animal groups have to solve the same problems repeatedly in the natural world, and if they use feedback from past outcomes of these tasks or events, this has the potential to influence, and potentially improve, the decisions the groups make in the future.

Dora Biro, co-author and Associate Professor of Animal Behaviour concludes: ‘One key novelty, we think, is that the gradual improvement we see is not due to new ‘ideas’ about how to improve the route being introduced by individual birds. Instead, the necessary innovations in each generation come from a form of collective intelligence that arises through pairs of birds having to solve the problem together – in other words through ‘two heads being better than one’.’ 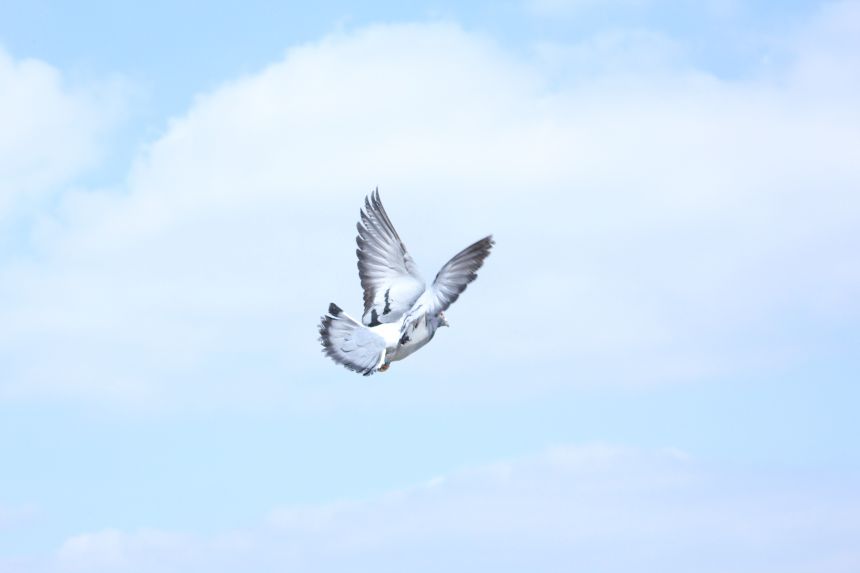 The full paper ‘Cumulative culture can emerge from collective intelligence in animal groups’ written by Takao Sasaki and Dora Bird, features in the 18th April 2017 edition of Nature Communications.

Supporting images are available to download from the below links: https://www.dropbox.com/sh/zp79odykb49lo5u/AAAwGiwf7i1U4XClfAgywHI-a?dl=0