An embroidery of the entire Wikipedia article on Magna Carta commissioned by the Ruskin School of Art has been unveiled at the British Library.

The 13 metre-long artwork has been created by British artist Cornelia Parker to mark 800 years since the Great Charter was agreed by King John at Runnymede.

Stitched by over 200 carefully selected individuals, many of whom have a connection to civil liberties and the law, the artwork depicts the Magna Carta Wikipedia page as it appeared last year on the document’s 799th birthday.

Many contributors were invited to embroider the thousands of words, symbols and images that comprise the webpage.

'I wanted to create a portrait of our age,' said Cornelia Parker.

'All these people have their own opinions about democracy today and I thought carefully about the words they should stitch. For instance, Baroness Warsi, Eliza Manningham-Buller, Julian Assange and numerous prisoners have all stitched the word ‘freedom’, but all have different relationships to it.

'I wanted the embroidery to raise questions about where we are now with the principles laid down in Magna Carta, and about the challenges to all kinds of freedoms that we face in the digital age.

'Like a Wikipedia article, this embroidery is multi-authored and full of many different voices.'

Paul Bonaventura of the Ruskin School of Art at Oxford University said: 'Cornelia Parker has a remarkable mind and Magna Carta (An Embroidery) is a remarkable piece of work.

'Watching the project unfold these past eighteen months has been enthralling and it has been a privilege to assist in the creation of something truly extraordinary.'

The bulk of the text has been stitched by prisoners under the supervision of Fine Cell Work. Fine Cell Work is a social enterprise that trains prisoners in paid, skilled, creative needlework – undertaken in the long hours spent in their cells – to foster hope, discipline and self-esteem.

This helps them to connect to society and to leave prison with the confidence and financial means to stop offending.

The detailed pictures, emblems and logos that punctuate the text have been stitched by highly accomplished members of the Embroiderers' Guild, a national charity that promotes and encourages the art of embroidery and related crafts, alongside embroiderers from the Royal School of Needlework and the leading embroidery company Hand & Lock.

The commission has been supported using public funding by the National Lottery through Arts Council England and by the John Fell OUP Research Fund.

Magna Carta (An Embroidery) is part of a major programme of events, exhibitions and digital projects at the British Library examining Magna Carta in this 800th anniversary year.  It runs alongside the Library’s largest-ever exhibition Magna Carta: Law, Liberty, Legacy which is open until 1 September.

On 15 June, exactly 800 years after Magna Carta was sealed, Cornelia Parker, Jimmy Wales and Roly Keating will be in conversation at the British Library exploring the ideas behind the artwork.

Image below: Cornelia Parker at work on the embroidery. Photo by Joseph Turp. 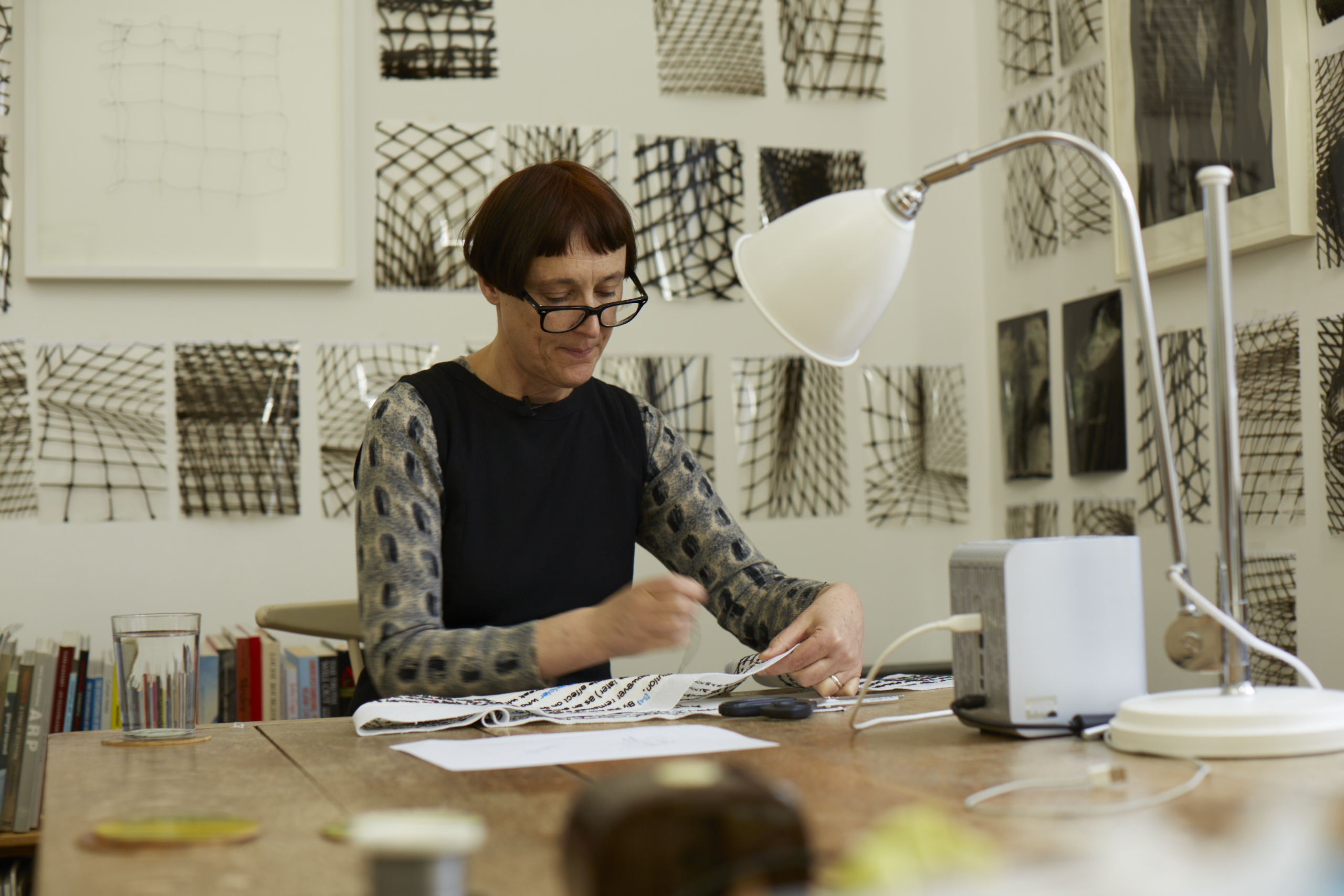