Launched in 2014, Penguin Watch, led by Oxford University scientists with input from the Australian Antarctic Division, asks the public to go online and count penguins in images taken by remote cameras monitoring nearly 100 colonies in Antarctica. The results will help scientists to discover what penguins get up to over the winter, how climate change and human activity impact on how they breed and feed, and why some colonies and species are declining whilst others thrive. 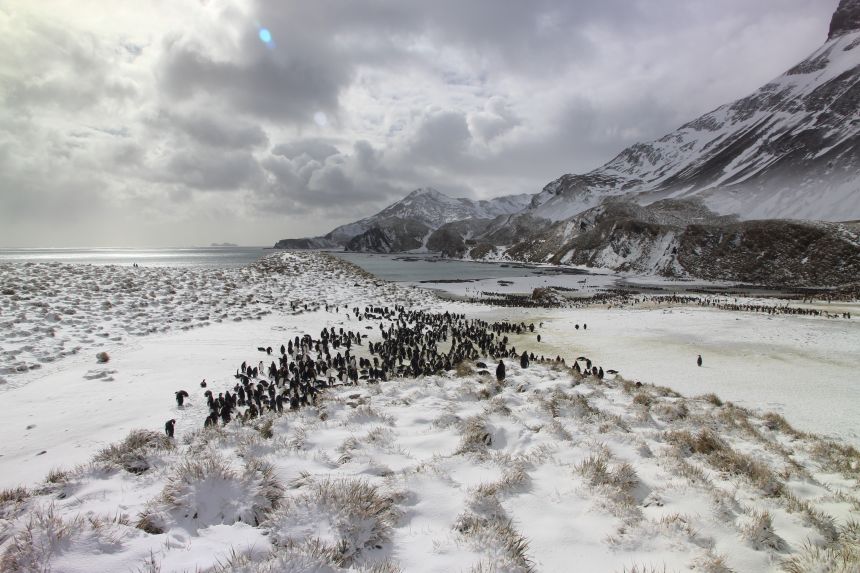 The 500,000 new images are from a year of penguin watching

So far more than 1.5 million online volunteers have clicked on 175,000 images of penguins and flagged up images showing strange or surprising behaviour. Their observations have already helped scientists to discover that:

Penguins use their poo to melt ice so they can breed:
Penguins apparently form groups before they start to breed and may inadvertently use their dark guano to melt out rocky breeding sites earlier than they would otherwise melt (dark colours absorb heat faster than light colours). The video below shows one year of the Cuverville Island Gentoo penguin colony on the Antarctic Peninsula and an experiment using snow gauges to measure how fast snow melts just outside the colony.

Birds such as the sheathbill make surprise winter visits to colonies:
Having a camera monitoring colonies throughout the year makes it possible to spot things that would otherwise be missed, like a number of sheathbills around the colony during winter. These scavengers live in penguin colonies and are generally thought to migrate to South America. The photo below captures a sheathbill visit to Danco Island. 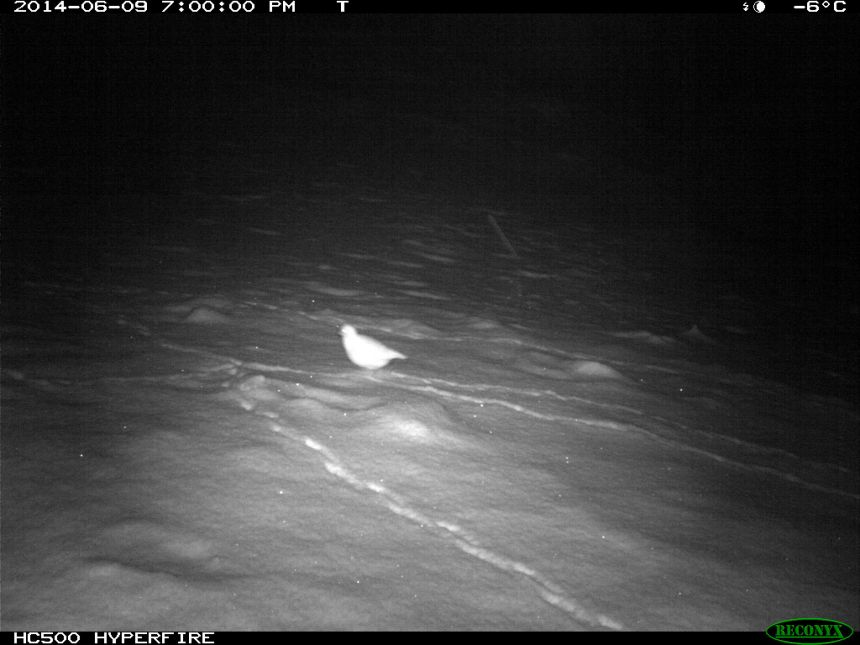 Over the coming year, with 500,000 new images for volunteers to look at and cameras that will take photos every minute during the breeding season, researchers hope to learn even more about the secret life of penguins.

'We hope these new cameras will reveal how often penguins feed their chicks and how long they have to go to sea to feed in different regions,' said lead researcher Dr Tom Hart of Oxford University's Department of Zoology. 'Until now, this has only been possible by putting GPS on penguins. The hope is that, by developing a non-invasive method, we can track penguins across the whole of the Southern Ocean without researchers needing to disturb them.' 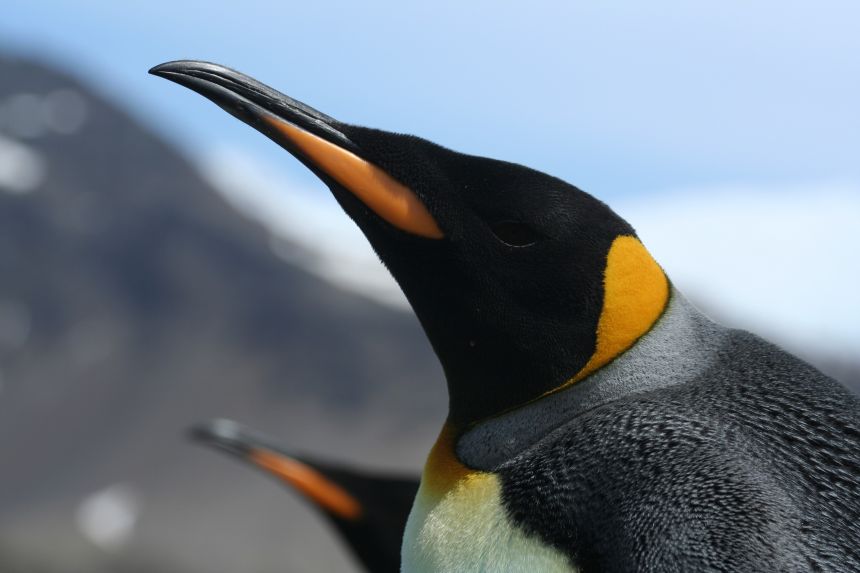 Before this study, it was only possible to monitor penguins in this way by having a biologist observe nests throughout the season. However, Antarctic logistics make it extremely hard to reach colonies at the start of the season and to stay until the penguins have finished breeding, which results in data passed to the Antarctic Treaty coming from very few sites.

'The problem is that penguins face different challenges across their range, which could be from climate change, from fisheries or direct human disturbance,' said Dr Hart. 'Time-lapse cameras have revolutionised our ability to collect data from a large number of sites simultaneously. Having many more sites monitored and comparing high- versus low-fished sites, for example, will enable us to work out which of these threats are causing changes to penguin populations and how we might mitigate them.' 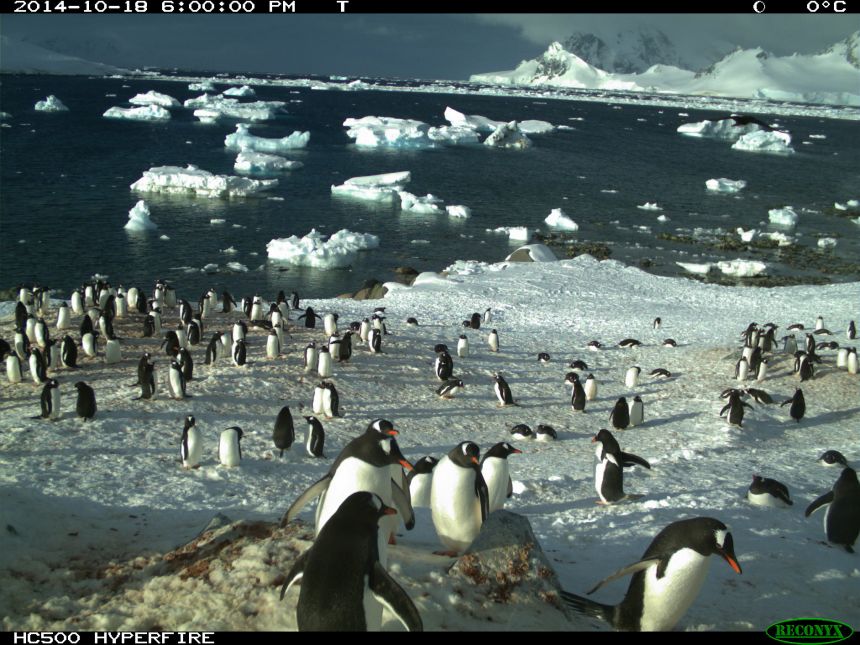 Penguin Watch will also be examining how penguins fare at one of Antarctica’s most famous historic sites: A remote camera has been placed at Point Wild, where 22 men from the Shackleton Expedition who survived the wreck of the Endurance lived for over four months and were finally rescued in August 1916.

Volunteers will even get the chance to win a trip to Antarctica to see penguins. Everyone registered on the site taking part in this round of Penguin Watch can enter the draw to win a trip donated by project partner Quark Expeditions, as well as a host of smaller prizes. 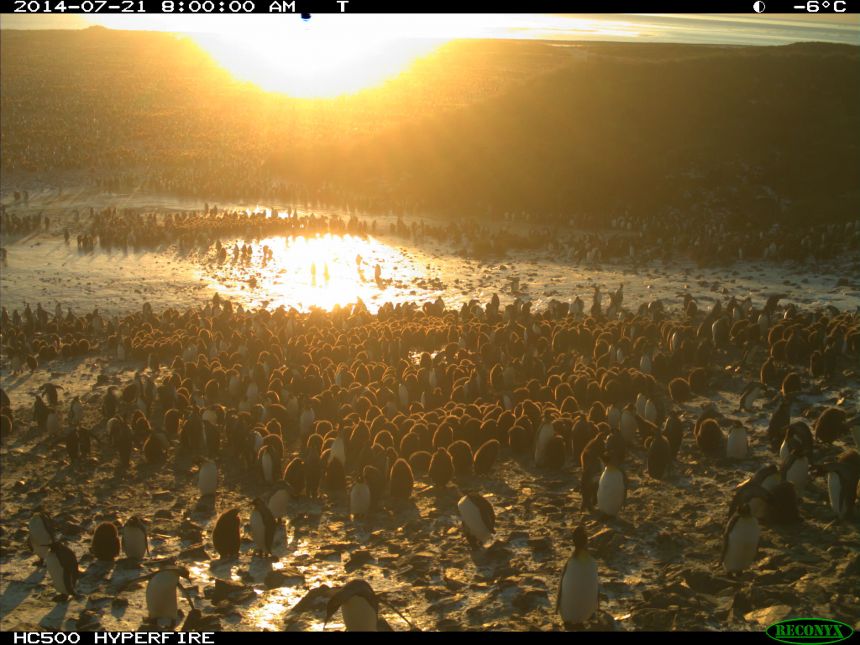 What will another year of Penguin watch reveal?

Spy on penguin families for science