Losing plant species is directly linked to long-term declines in the stable productivity of grasslands, a new study has shown.

The study demonstrates for the first time that for every decrease in plant biodiversity there is a proportional decrease in the stable production of plant biomass through time of grassland ecosystems. Over the long-term, factors such as rising levels of carbon dioxide, nitrogen, more frequent grazing, or drought, only affect ecosystem stability in as much as they affect biodiversity.

The findings are likely to be relevant to a variety of ecosystems and suggest that restoring or protecting plant biodiversity should be central to conservation strategies.

The study was led by researchers at Oxford University and the University of Minnesota and involved 12 experiments carried out at the Cedar Creek Ecosystem Science Reserve in Minnesota over a period of 28 years. In the experiments levels of nitrogen, carbon dioxide, and water, as well as the frequency of fires and grazing, were artificially manipulated and the impacts on biodiversity and stability assessed. The researchers found that only when these individual drivers reduced grassland diversity did they in turn reduce its stability. In other words, the effect of all of these human-induced changes on ecosystem stability were mediated by their impact on biodiversity.

A report of the research is published in the journal Science.

'If, for example, we caused a 30% decrease in plant diversity we could reliably predict that there would be an 8% decrease in the stability of the grassland ecosystem irrespective of the causes of this drop in biodiversity,' said Dr Yann Hautier of Oxford University's Department of Plant Sciences, lead author of the report. 'It seems that biodiversity is the 'middle man' that passes on the impact of individual drivers, such as increased atmospheric carbon dioxide or over-use of nitrogen fertiliser, to the ecosystem, damaging its ability to reliably provide the services we all rely on.'

The researchers showed that whilst increasing nitrogen levels can boost plant biomass production in the short term they have a particularly strong negative effect on biodiversity and this leads to a significant long-term decline in the stable production of plant biomass.

'Whilst this study was carried out in Minnesota this type of grassland habitat is very common in Europe and across the world,' said Dr Hautier, 'we believe that our key finding that anything that has an impact on diversity has a proportional impact on stability should hold true for many different ecosystems. It tells us that restoring or protecting plant diversity should be at the heart of future conservation strategies as, without such biodiversity, these ecosystems cannot support the animals and people that depend upon them.' 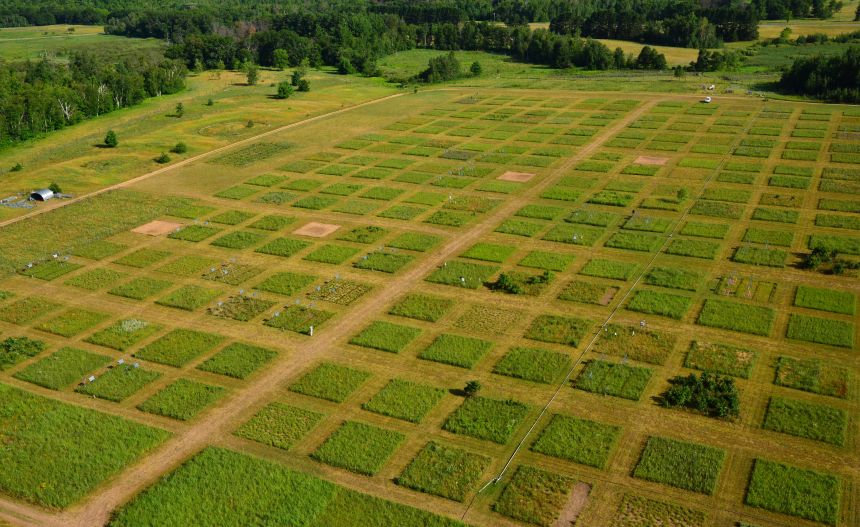 A report of the research, entitled 'Anthropogenic Environmental Changes Impact Ecosystem Stability via Biodiversity', is published in the journal Science.