This fictional story was posted on the morning of 1 April as our 2015 contribution to April Fool's Day. While we do hope that the technology to develop self-driving punts will one day exist, unfortunately punting will remain very much a manual activity for the foreseeable future.

Researchers from Oxford University, fresh from their pioneering work on driverless cars, are now turning their attention to that most typical form of Oxford transport, the humble punt.

The 'self-driving punt' is now at prototype stage, and researchers believe it will be able to navigate the waterways of Oxford automatically, using sensors to detect banks, other boats on the river, and even natural hazards such as swans. The team will be testing the first self-driving punt before and during this summer’s tourist season and expect a stern test for the boat’s automated navigation.

David Waterman, lead researcher from Oxford’s Department for Robotic Or Near-Robotic Experiments, said: 'What fascinates us is about simulating learning in a robot in an environment you can’t control. With the driverless cars, we were able to create a robot that "learned" about its surroundings and adapted to them. That’s one thing on a static road, but the challenge of transporting that to water is really something else.

'In water, there are so many more variables and additional complexity around stability and adjusting balance. It’s a highly intellectual problem, as well as targeting a very "Oxford" mode of transport.' 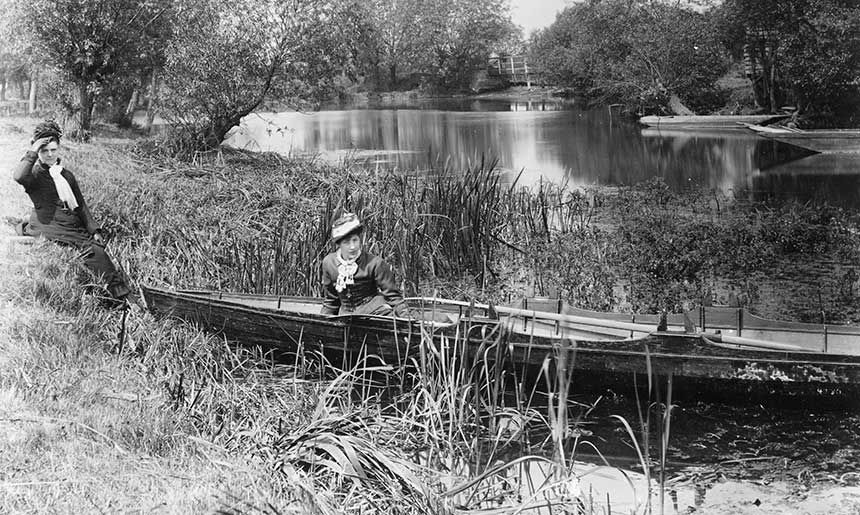 'We’re all engineers - we all want output, but if we just answer the questions that are already being asked, we can’t foresee tomorrow’s questions, or the potential applications of radically new uses for robots.

'Punts are an interesting place to start: they’re (relatively) small, light and slow moving. We’re also fortunate in Oxford to have a lot of waterway space to use. They’re cheap and easy to create disposable models. They’re also a nightmare to use - I would have saved myself a good degree of embarrassment as an undergraduate if this tech had been good to go 30 years ago.

'It’s a long way off, but the bottom line is that we want to be doing new things - initially on a small scale - first. The potential of this, if we can get it to work, is huge. If you can get a robot to work on water, you’ve basically cracked the most difficult environment to operate in remotely. That’s massive.'