A spider commonly found in garden centres in Britain is giving fresh insights into how to spin incredibly long and strong fibres just a few nanometres thick.

The majority of spiders spin silk threads several micrometres thick but unusually the 'garden centre spider' or 'feather-legged lace weaver' Uloborus plumipes can spin nano-scale filaments. Now an Oxford University team think they are closer to understanding how this is done. Their findings could lead to technologies that would enable the commercial spinning of nano-scale filaments.

The research was carried out by Katrin Kronenberger and Fritz Vollrath of Oxford University's Department of Zoology and is reported in the journal Biology Letters.

Instead of using sticky blobs of glue on their threads to capture prey Uloborus uses a more ancient technique – dry capture threads made of thousands of nano-scale filaments that it is thought to electrically charge to create these fluffed-up catching ropes. 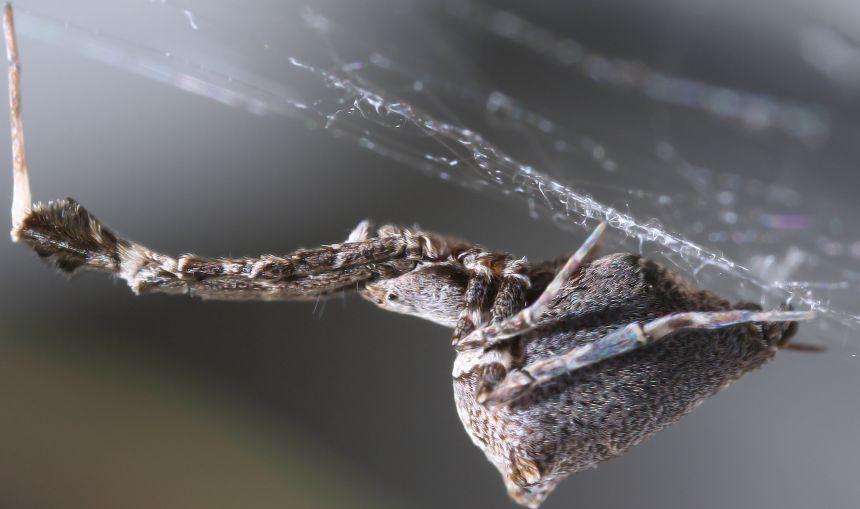 To discover the secrets of its nano-fibres the Oxford researchers collected adult female Uloborus lace weavers from garden centres in Hampshire, UK. They then took photographs and videos of the spiders' spinning action and used three different microscopy techniques to examine the spiders' silk-generating organs. Of particular interest was the cribellum, an ancient spinning organ not found in many spiders and consisting of one or two plates densely covered in tiny silk outlet nozzles (spigots).

‘Uloborus has unique cribellar glands, amongst the smallest silk glands of any spider, and it’s these that yield the ultra-fine 'catching wool' of its prey capture thread,' said Dr Katrin Kronenberger of Oxford University's Department of Zoology, the report's first author. 'The raw material, silk dope, is funnelled through exceptionally narrow and long ducts into tiny spinning nozzles or spigots. Importantly, the silk seems to form only just before it emerges at the uniquely-shaped spigots of this spider.' 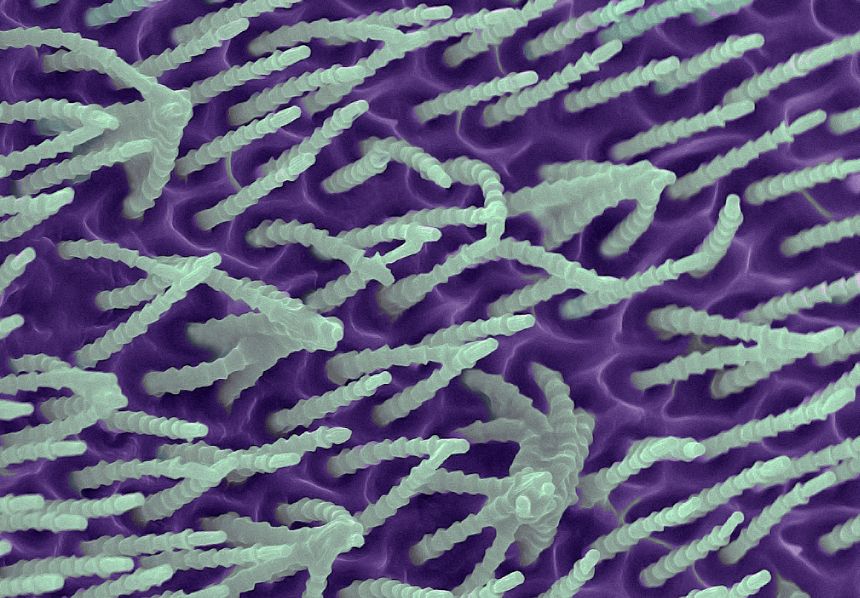 The cribellum of Uloborus is covered with thousands of tiny silk-producing units combining ducts that average 500 nanometres in length and spigots that narrow to a diameter of around 50 nanometres.

'The swathe of gossamer, made of thousands of filaments, emerging from these spigots is actively combed out by the spider onto the capture thread's core fibres using specialist hairs on its hind legs,' said Professor Fritz Vollrath, the other author of the work. 'This combing and hackling – violently pulling the thread – charges the fibres and the electrostatic interaction of this combination spinning process leads to regularly spaced, wool-like 'puffs' covering the capture threads. The extreme thinness of each filament, in addition to the charges applied during spinning, provides Van der Waals adhesion. And this makes these puffs immensely sticky.' 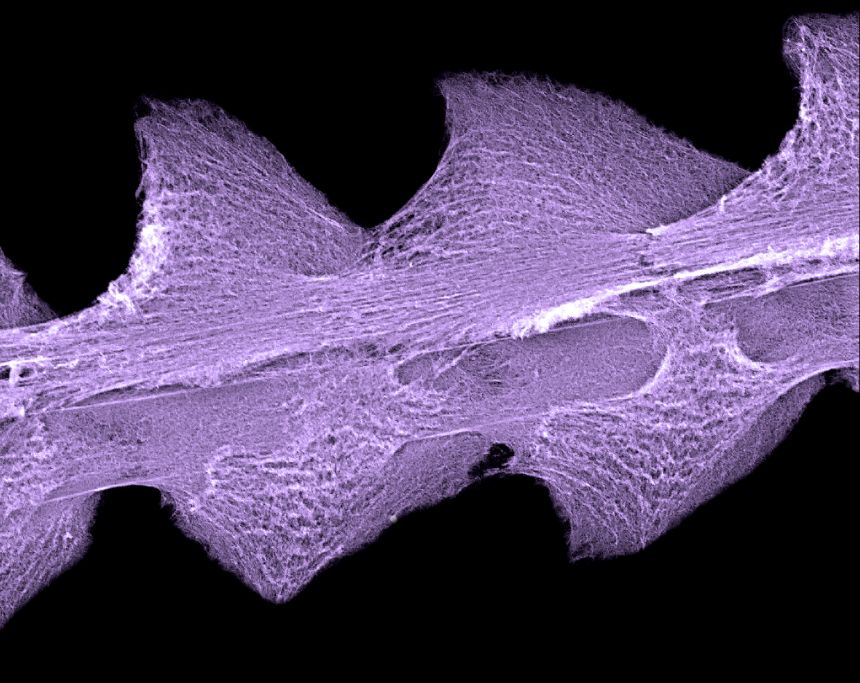 The cribellate capture thread of Uloborus plumipes, with its characteristic 'puffs', imaged with a Scanning Electron Microscope (SEM)

Conventionally, synthetic polymers fibres are produced by hot-melt extrusion: these typically have diameters of 10 micrometres or above. But because thread diameter is integral to filament strength, technology that could enable the commercial production of nano-scale filaments would make it possible to manufacture stronger and longer fibres.

'Studying this spider is giving us valuable insights into how it creates nano-scale filaments,' said Professor Vollrath. 'If we could reproduce its neat trick of electro-spinning nano-fibres we could pave the way for a highly versatile and efficient new kind of polymer processing technology.'

A report of the research, entitled 'Spiders spinning electrically charged nano-fibres', is published in the journal Biology Letters.