Oxford University will play a key role in the creation and the activities of the Alan Turing Institute.

The Institute will build on the UK's existing academic strengths and help position the country as a world leader in the analysis and application of big data and algorithm research. Its headquarters will be based at the British Library in London.

Oxford is one of the five universities selected to lead the Alan Turing Institute, Rt Hon Dr Vince Cable, Secretary of State for Business, Innovation and Skills, announced today.

Business Secretary, Vince Cable, said: 'Alan Turing's genius played a pivotal role in cracking the codes that helped us win the Second World War. It is therefore only right that our country's top universities are chosen to lead this new institute named in his honour.

'Headed by the universities of Cambridge, Edinburgh, Oxford, Warwick and UCL - the Alan Turing Institute will attract the best data scientists and mathematicians from the UK and across the globe to break new boundaries in how we use big data in a fast moving, competitive world.'

The delivery of the Institute is being coordinated by the Engineering and Physical Sciences Research Council (EPSRC) which invests in research and postgraduate training across the UK. The Institute is being funded over five years with £42 million from the UK government. The selected university partners will contribute further funding. In addition, the Institute will seek to partner with other business and government bodies.

Researchers across Oxford University are already conducting world-class research in data science and analytics, as evidenced by the results of the recent Research Excellence Framework. Oxford's involvement in the Institute will be led by five departments: The Mathematical Institute, Department of Computer Science, Department of Statistics, Department of Engineering Science, and the Oxford Internet Institute. The new Institute will tap into world-leading strengths and achievements across these scientific disciplines. Examples include:

Mathematics of evolving networks: research from Oxford is now routinely applied by digital marketing companies such as Bloom Media in Leeds to analyse the issue-based conversations taking place on Twitter, in real time. This has led to more responsive marking and to novel crowd-sourced intelligence services. 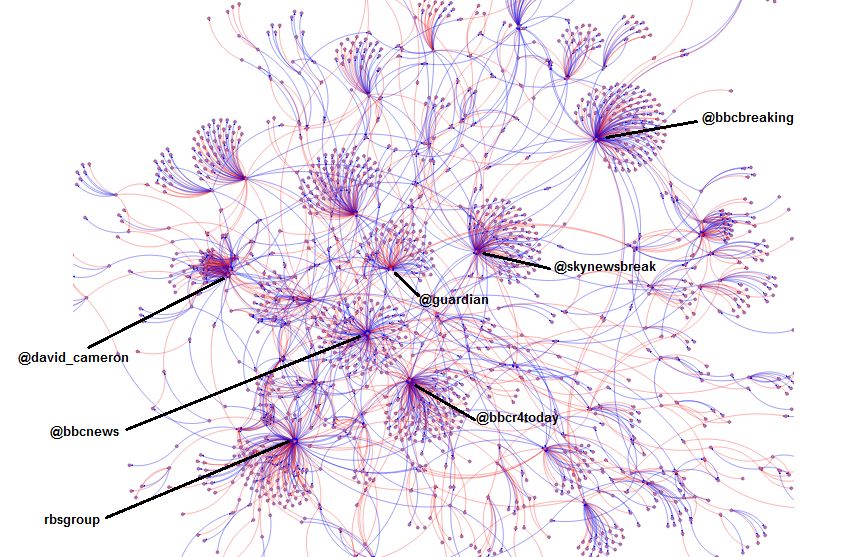 Machine learning and natural language processing: research in the Department of Computer Science has led to a new collaboration with Google Deep Mind, which will ultimately enable computers to understand human languages better. A major philanthropic donation from Google will fund a large number of doctoral students at Oxford.

Statistical modelling and inference: In human genetics it is now routine to measure a million variable positions across the genome in thousands of people. Statistical models and algorithms, developed in Oxford, changed the field by using these data to make predictions based on reference genomes. In one application, a meta-analysis of three studies involving over 10,000 individuals and 2.2 million common genetic variations (SNPs) led to the discovery of 6 new genes that were strongly associated with inheritance of type 2 diabetes.

Machine learning, computer vision, and robotics: Oxford Information Engineering has developed algorithms that can query all recordings ever made and held in the BBC archives, pioneered technology that enables cars to drive themselves, and developed systems that can provide data analysis at a scale beyond the human: transforming domains ranging from astronomy to zoology, from finance to healthcare, and from crowdsourcing to social network analysis.

Public value, social responsibility and policy impact: The Oxford Internet Institute will contribute its unique multi-disciplinary expertise in social science and ethics, drawing in the richness of social sciences at Oxford to address the social challenges and normative dilemmas of data science research, and to capitalise on the public value of large-scale data for policy-making.

Financial markets: Capturing the changing state of these markets allows better decision making, work led by the Oxford-Man Institute has shown. In new research realized variance estimators for the volatility of a trading day are effectively replicated using a new mathematical approach. 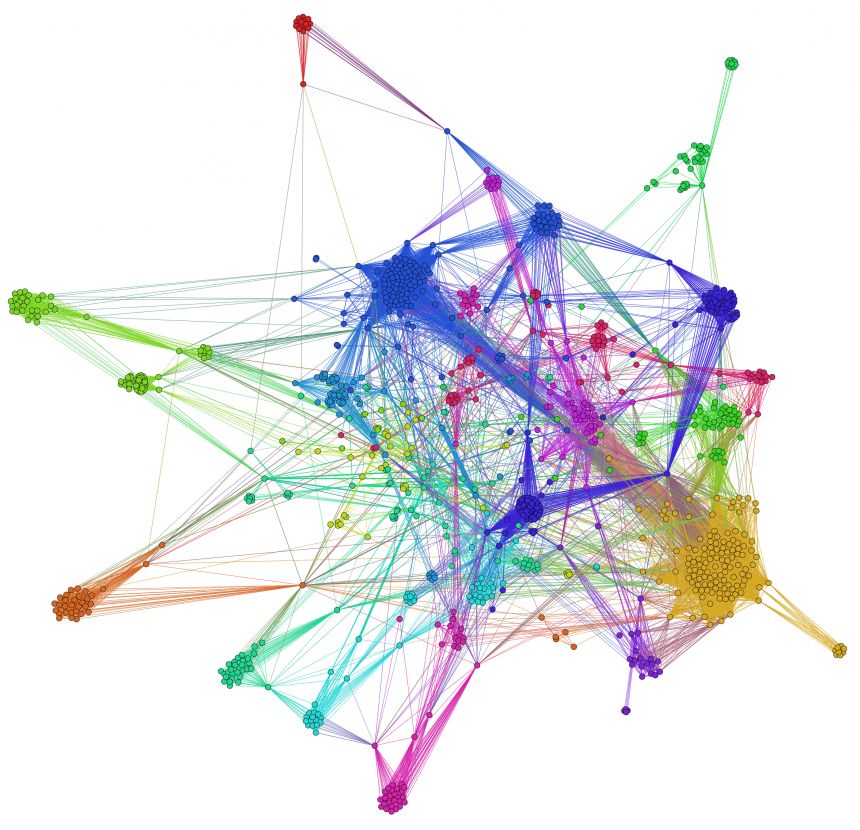 Identifying critical nodes in communication networks (such as learners' interactions within a MOOC, pictured) can inform the design of digital platforms that support large-scale, crowd-like interactions.

Professor Ian Walmsley, Oxford University's Pro-Vice-Chancellor (Research), said: 'Advances in data science and algorithms have the potential to transform our everyday lives and the economy and we are delighted to be part of this new venture. We look forward to working with our partners at The Alan Turing Institute and drawing on world-class research at Oxford University across a diverse range of disciplines to ensure that this is translated into new commercial opportunities and innovations that benefit society as a whole.'

Professor Philip Nelson, EPSRC's Chief Executive said: 'The Alan Turing Institute will draw on the best of the best academic talent in the country. It will use the power of mathematics, statistics, and computer science to analyze Big Data in many ways, including the ability to improve online security. Big Data is going to play a central role in how we run our industries, businesses and services. Economies that invest in research are more likely to be strong and resilient; the Alan Turing Institute will help us be both.'