Birds learn new foraging techniques by observing others in their social network, 'copycat' behaviour that can sustain foraging 'traditions' that last years, according to a study of how innovations spread and persist in wild great tits (Parus major).

The study involved experiments with eight local populations of great tits in Wytham Woods, Oxfordshire (UK). In five of the populations two male birds were trained to slide a puzzle box door either to the left or to the right. In three control groups two males were captured but not trained. The birds were then released back into their original populations to act as 'innovators', together with puzzle boxes that revealed a tasty mealworm reward when opened from either side. Electronic tags on the birds recorded how the two box-opening methods spread in each of the local populations through social network links.

Despite both methods working equally well, the team, led by Oxford University researchers, found that each experimental population strongly favoured the puzzle-solving solution that had been introduced by the trained birds. The preference for this arbitrary solution increased over time, forming a stable tradition. In the control populations, by contrast, it took much longer for birds to learn to solve the puzzle box.

When the experiments were repeated a year later each population still favoured their own 'traditional' method even though only 40% of each population of 75-100 birds were survivors from the previous year. The researchers were able to show that, even when birds discovered both ways of opening the puzzle-box, they were much more likely to use the behaviour that was dominant in their local population; in other words, they conformed to the behaviour in their local population.

'In humans, new traditions arise when novel behaviours spread through social network ties via a process of observational learning. But we really have very little knowledge if similar processes are happening in animal populations,' said report author Dr Lucy Aplin of Oxford University's Department of Zoology. 'We were able to experimentally demonstrate that sustained foraging traditions can occur in wild great tits. This appears to have been partly due to a process of conformity – the birds were preferentially copying the majority behaviour.'

The team collected data from electronic tags worn by individual birds and data-loggers fitted to each puzzle box to track how the two different box-opening methods spread from two trained individuals through a population. From this data the researchers were able to build up a picture of the birds' social networks and how they learned from each other. The team's analysis showed that rather than adopting a mix of equally-efficient solutions there was an increasing bias so that after four weeks almost all individuals had adopted one solution.

Professor Ben Sheldon, Director of the Edward Grey Institute at Oxford University's Department of Zoology, said: 'Our experiments suggest that birds can learn through observation, and that this may help create arbitrary local 'cultural traditions'. Because the particular form of these traditions has no bearing on survival it might be expected that they would be eroded over time as older birds die and are replaced by newcomers. However, our work shows that once a majority in a group adopt one way of doing things these cultural traditions are passed on to the next generation and may persist over years.'

Dr Lucy Aplin, first author of the report, added: 'Even when a great tit already has experience of using one method, if it moves to a new area which favours the alternative solution this bird is likely to adopt the method preferred by its new group. It is as if its own personal experience is being over-written by the majority behaviour.'

Whilst traditions and cultural behaviour might well exist in other animals besides primates, this is notoriously difficult to study in wild populations. It is only with new technologies, such as passive integrated transponder (PIT) tags and RFID-enabled data-loggers, that large-scale experiments investigating animal culture are possible. As innovative and opportunistic foragers with complex social networks, great tits make the ideal model for studying the spread, establishment, and persistence of such 'animal culture'. 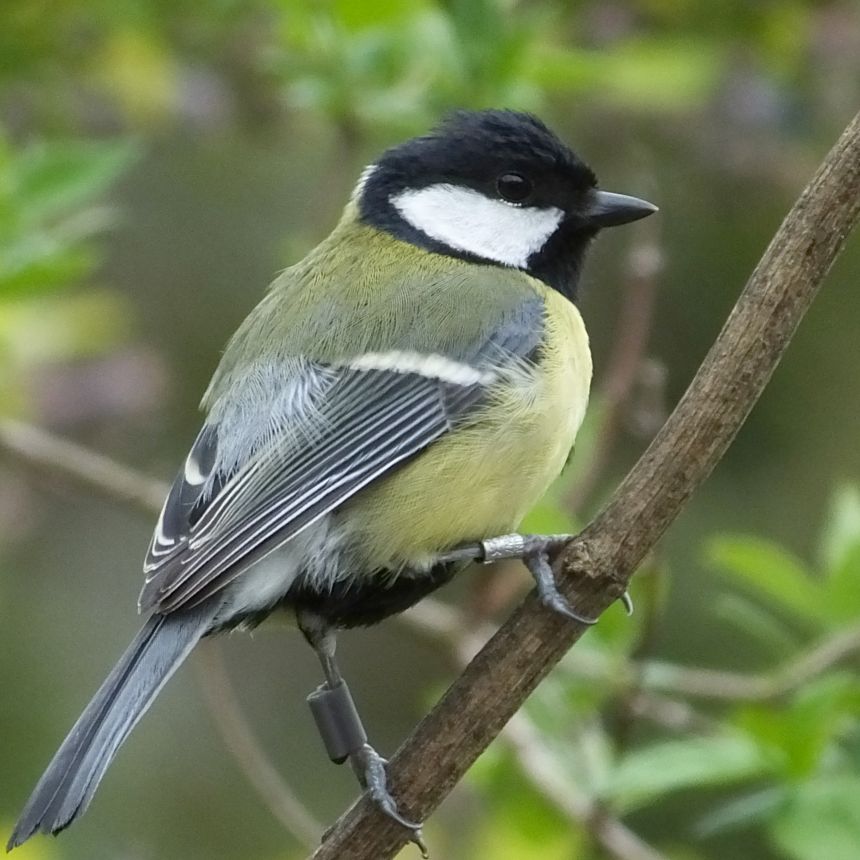 A report of the research, entitled 'Experimentally induced innovations lead to persistent culture via conformity in wild birds', is published in Nature on 3 December 2014.