New letters by William Morris have been found by an Oxford University student on an internship at Kelmscott Manor, the country home of the writer and designer.

Thomas Wilson, a history undergraduate, made the discovery in the archive room at Kelmscott while on a placement under the Thames Valley Country House Partnership Project, which creates sustainable relationships between country houses and the University of Oxford.

In the letters, Morris seems to answer questions asked by Mrs ED Hartley about the socialist movement. A note accompanying the letters from the lady who donated them suggests they were probably sent in 1893/4, when Morris was around 60 years old. He died in 1896.

Mr Wilson said of his discovery: 'I think the letters are significant because they are a personal response to a question about socialism that reveals a bit of Morris' character and also some of his ideas about gender and its role in expanding the socialist camp.

'It seems feasible to infer that Morris received a letter from Mrs ED Hartley (the letter of donation supplied us with the name) asking if socialism will make a man honest. He responds “that it will not prevent them from being honest as the present system does”.

'In the second letter, Morris emphasises the important role he thinks women hold in the growth of socialism in England. He wrote: “I should suggest that you should try to influence women that you come across: in the working classes especially much depends on the women (wives especially) being sympathetic with the men who are in the movement. You can have more leaflets if you think you can distribute them usefully".'

He added: 'Morris is very polite and seems worried that he is annoying or “lecturing” in his responses, which is quite nice really and made me feel very lucky to be the first to read these personal words in a long time.'

Dr David Barnes, a lecturer in English literature at Oxford University’s Faculty of English Language and Literature, said: 'These letters show Morris was still keen to find new recruits to the socialist cause just a few years before his death. What’s interesting is that he clearly thought women were important to the success of socialism, though he still frames that in terms of the ‘support’ they can give to their socialist husbands.

'This is a Morris torn between a commitment to freedom, equality and justice yet still conditioned by what we might see as typically ‘Victorian’ views on gender. What is evident is how politically engaged and lively Morris's mind was right up to the end.'

Mr Wilson believes the letters have not been seen for decades. He said: 'The note tells us they were donated to the manor when Dick Dufty was living there as Curator in the 1960s/70s. I assume he put the letters in the archive room for storage and safe-keeping and has since died. The letters do not appear in his published collected works and the material had not been catalogued or digitised.'

Kelmscott Manor in Oxfordshire dates from 1570 and was the Cotswold summer home of William Morris from 1871 until his death in 1896.

Sarah Parker, Property Manager of Kelmscott Manor, said: 'We are delighted that these very significant letters have emerged shedding further light on Morris' political views, as well as helping us to inform our interpretation at the Manor for the future.

'It has been a pleasure working with Thomas and other interns from the University. Through the Thames Valley Partnership, it has enabled us to undertake vital projects that as a charity we would not have previously had the resources to do.' 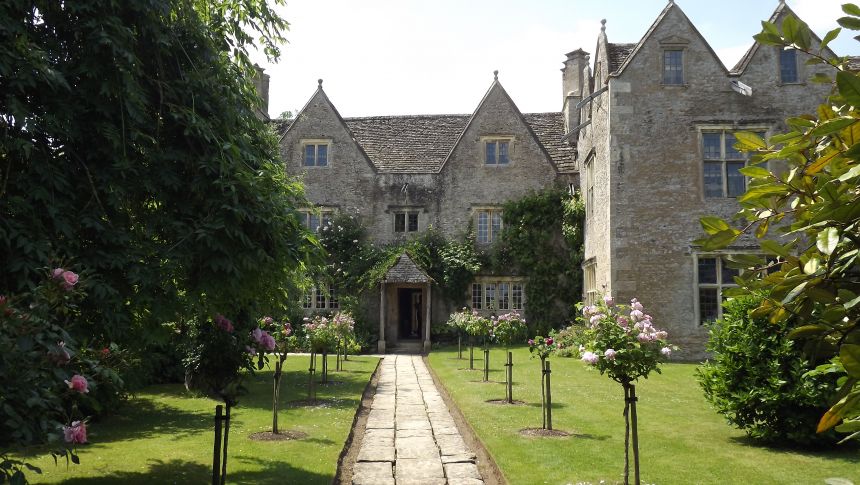