Collapsible wings may be a bird's answer to turbulence according to an Oxford University study in which an eagle carried its own 'black box' flight recorder on its back.

Researchers set out to examine how soaring birds such as eagles, vultures, and kites, are able to fly in 'gusty' turbulent flight conditions that would keep a light aircraft grounded. They gave a captive steppe eagle (Aquila nipalensis), called 'Cossack', its own flight recorder backpack – a 75g black box incorporating GPS that also measured acceleration, rotation rate, and airspeed – and recorded it soaring over the Brecon Beacons in Wales.

An analysis of data from 45 flights revealed that in windy conditions the eagle would collapse its wings in response to particularly strong gusts rather than hold them out stiffly as an aircraft would. During these 'wing tucks', the bird's wings were briefly (for around 0.35 seconds) folded beneath its body so that it was effectively 'falling'. The results suggest that these 'wing tucks' may occur up to three times a minute in some conditions.

A report of the research is published in the Journal of the Royal Society Interface.

'Soaring flight may appear effortless but it isn't a free ride,' said report author Professor Graham Taylor of Oxford University's Department of Zoology. 'Soaring may enable a bird to travel long distances but it also puts an enormous strain on its flight muscles. The nature of rising air masses, such as thermals, is that they create lots of turbulence and buffeting that jolts a bird’s wings and could knock it out of the sky.'

A number of theories have been suggested to explain why birds perform wing tucks but up until now no one had tested these conclusively.

'Our evidence suggests that wing-tucking (collapsing the wings) is a direct response to a substantial loss of lift that occurs when a bird flies through a pocket of atmospheric turbulence,' said Professor Taylor. 'We think that, rather like the suspension on a car, birds use this technique to damp the potentially damaging jolting caused by turbulence. Whilst we won’t see large aircraft adopting collapsible wings this kind of technique could potentially be used to keep micro air vehicles aloft even in very windy conditions.'

A report of the research, entitled 'Wing tucks are a response to atmospheric turbulence in the soaring flight of the steppe eagle Aquila nipalensis', is published in the Journal of the Royal Society Interface. 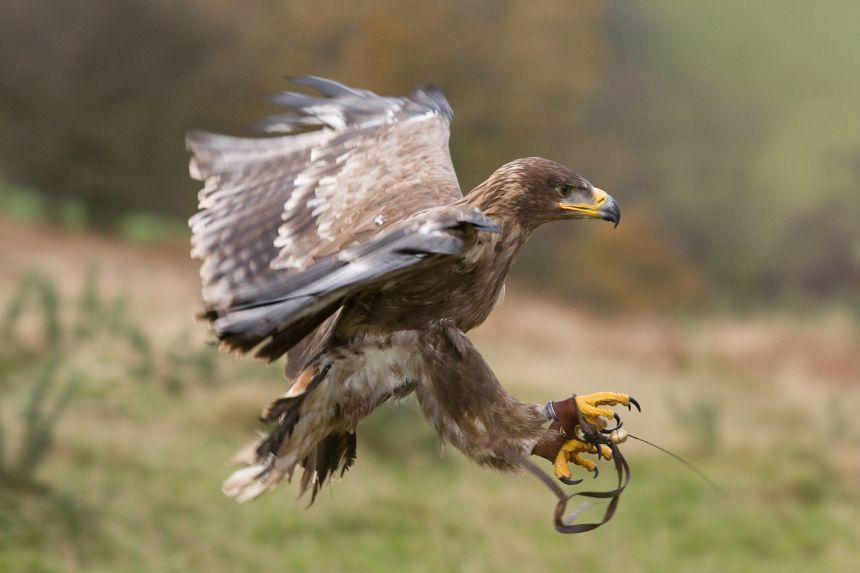