HRH The Princess Royal has opened the new Kennedy Institute of Rheumatology building on the University of Oxford's Old Road Campus today.

Her Royal Highness was given a tour of the new research facility, heard about the institute's past successes and current research, and unveiled a plaque.

The institute's research focuses on the causes and treatment of arthritis and other inflammatory diseases that affect many millions of people around the world.

The tour of the facility was led by Professor Sir Marc Feldmann, the current director of the institute, and Professor Fiona Powrie, who will take up the reins on 1 October.

Her Royal Highness was introduced to what is known about the causes of arthritis, inflammatory bowel disease, psoriasis and other inflammatory diseases. She saw cells imaged in unprecedented detail using new types of microscope, as part of research that is giving new insight into immune responses in arthritis. And she heard about the latest research on osteoarthritis and approaches that might prevent or cure the condition. 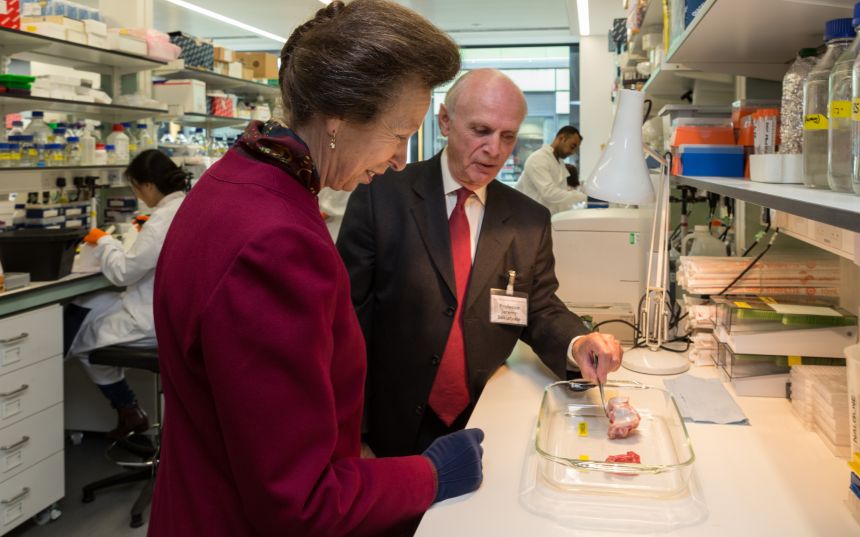 Professor Jeremy Saklatvala demonstrates the difference between the cartilage in a healthy knee joint and one with osteoarthritis
Credit: Richard Lewisohn / Kennedy Trust

The purpose-built labs offer a state of the art home for around 180 scientists developing new treatments and studying the possible causes, mechanisms and biological pathways underlying arthritis and other inflammatory diseases. 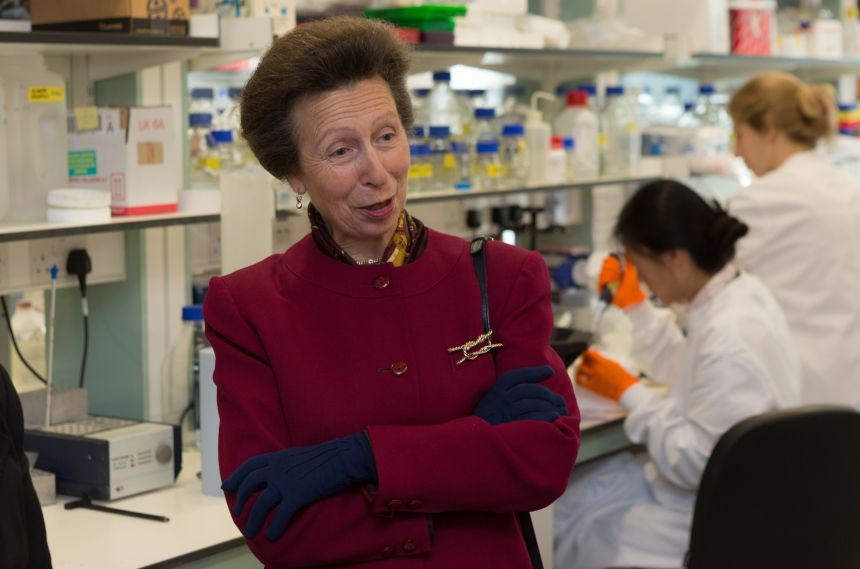 The Princess Royal was given a tour of the labs.
Credit: Richard Lewisohn / Kennedy Trust

The Kennedy Institute is recognised worldwide for the discovery, by Sir Marc Feldmann and Sir Ravinder Maini, of an antibody-based treatment, or 'anti-TNF' therapy, for the treatment of rheumatoid arthritis and other inflammatory diseases. Since the first anti-TNF treatments were licensed at the end of the 1990s, millions of people with rheumatoid arthritis around the world have benefited from the therapies, transforming the lives of many patients.

Anti-TNF therapy works rapidly in most patients with rheumatoid arthritis to reduce pain, improve mobility, reduce joint swelling and boost quality of life. And in comparison to conventional drugs, it reduces the risk of heart attacks, strokes and increases life expectancy. It has a major role in protecting joints from degeneration, reducing the need for joint surgery. Anti-TNF drugs are now the biggest selling class of drug worldwide. 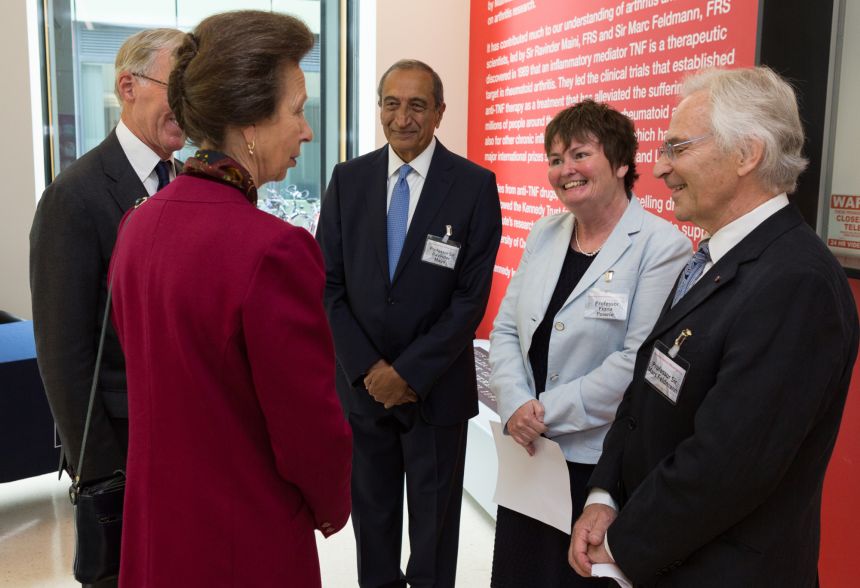 Now part of Oxford University's Nuffield Department of Orthopaedics, Rheumatology and Musculoskeletal Sciences, the Kennedy Institute can join its world-leading expertise in inflammation to other University research in immunology and orthopaedic surgery. Its work also benefits from being in close proximity to the Nuffield Orthopaedic Centre, part of the Oxford University Hospitals NHS Trust.

Professor Sir Marc Feldmann, director of the Kennedy Institute, said: 'We're delighted to welcome The Princess Royal to Oxford to open the new Kennedy Institute building. I look forward very much to introducing her to the many scientists here who are working to develop new and improved treatments for arthritis, a disease which causes such a burden of pain and discomfort for so many millions of people in this country.'

Professor Fiona Powrie will become the new director of the Institute in October and her research looks at the body's immune system, how it keeps the right balance of bacteria in our gut, and how it goes wrong in inflammatory bowel disease. She added: 'The Kennedy Institute has an incredible track record in both understanding the causes of inflammation and developing novel treatments that can help many patients. The discovery of anti-TNF drugs was a remarkable advance that has changed the way rheumatoid arthritis is treated. It's terrific to be able to celebrate these successes with the visit of The Princess Royal. And with a new building at Oxford University that really provides the equipment and environment to conduct the best science, we can look forward to many more discoveries in the future.'

James Davis, Chairman of The Kennedy Trust for Rheumatology Research, said: 'The Trust's financial commitment to the Institute reflects its mission to support research into rheumatoid and other chronic inflammatory diseases. In this wonderful new building, the Institute will go from strength to strength as a world class centre for medical research.' 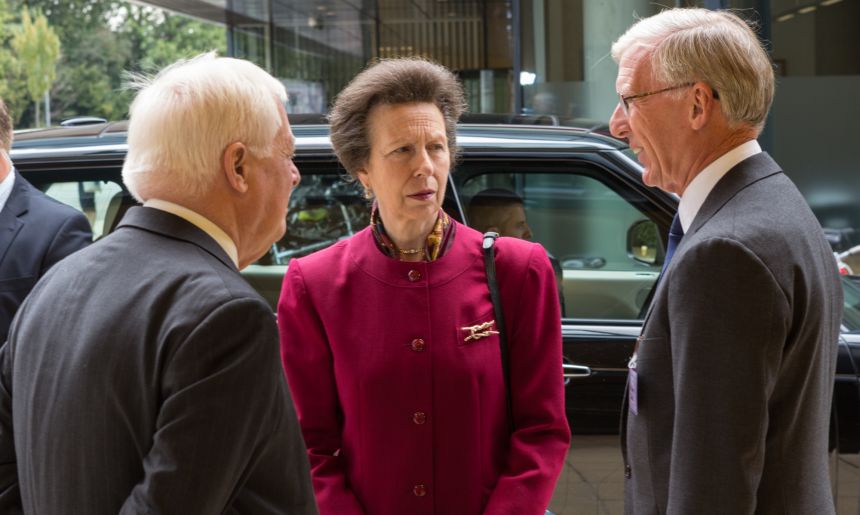 The Princess Royal was met by the Chancellor of Oxford University and James Davis of the Kennedy Trust.
Credit: Richard Lewisohn / Kennedy Trust