The demolition ceremony in front of the Hans Krebs Tower
Published

The demolition of the Hans Krebs Tower on Oxford University’s Science Area has got underway.

A demolition ceremony was held this morning (18 August), followed by a reception in the New Biochemistry Building. A ceremonial hammer was presented to Mr Brian Taylor, the Biochemistry librarian for many years.

The demolition process, which involves taking the building apart from the inside in a piecemeal fashion, will take several months.

Professor William James, Pro-Vice-Chancellor for Planning and Resources, said: 'The Hans Krebs Tower has been home to some groundbreaking discoveries in biochemistry but it is also seen as something of an eyesore.

'We are pleased that we can replace it with a modern, state-of-the-art building which will allow experts in the biosciences in Oxford to carry out new and exciting research that would not previously have been possible.'

The Tower previously housed much of the Biochemistry Department, which moved into the New Biochemistry Building in 2008. The new site won a Royal Institute of British Architects award for buildings in the south the following year.

The Tower will make way for a building to house interdisciplinary research in the Biosciences drawn from departments including Physiology, Chemistry, Biochemistry, and Clinical Neurosciences.

The Biochemistry Department at Oxford University is the largest in the UK and is internationally renowned for its research on the understanding of DNA, cell growth and immunity. 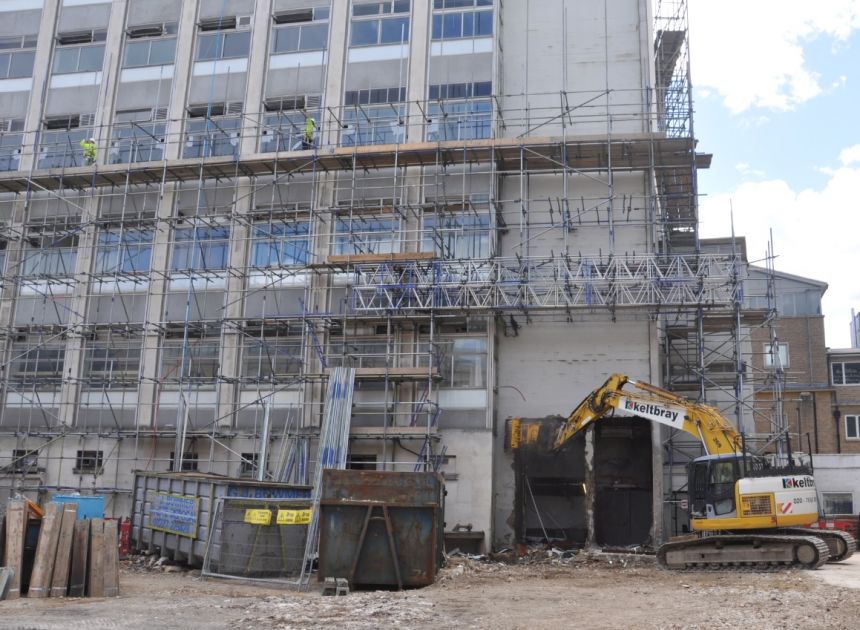 The last days of the Hans Krebs Tower