Professor Mitter studies the emergence of nationalism in modern China, both in the early twentieth century and in the contemporary era. He is particularly interested in the impact of China's war with Japan in the 1930s and 1940s on the development of Chinese politics, society, and culture.

Professor Mitter has extensive media experience. He presents and contributes to BBC Radio Three's Night Waves and Sunday Feature,  and has worked with BBC Radio 4's Start the Week and Today, among many others.

He has contributed to television documentaries broadcast on the History Channel (UK, US and worldwide) including The Samurai and the Swastika, Philosophy of the East, and Ancient China. He has written articles on China and East Asia for general interest publications including History Today, New Internationalist, Business China, China Review, and BBC History. 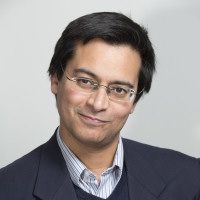