Professor Nandini Das works on Renaissance literature and cultural history, with special emphasis on travel and cross-cultural encounters, and issues of migration and belonging. She has edited and written on sixteenth and early seventeenth century romance and prose fiction in Robert Greene’s Planetomachia (2007), and Renaissance Romance: The Transformation of English Prose Fiction, 1570-1620 (2011), among others, and published widely on travel and cross-cultural encounter. Most recently, with Tim Youngs, Nandini co-edited The Cambridge History of Travel Writing (2019), which covers global Anglophone and non-Anglophone travel writing from antiquity to the internet. Nandini is volume editor of Elizabethan Levant Trade and South Asia in the forthcoming edition of Richard Hakluyt’s The Principal Navigations, to be published by Oxford University Press, and project director for ‘Travel, Transculturality and Identity in Early Modern England’ (TIDE), funded by the European Research Council. She regularly presents television and radio programmes on topics related to her research, some of which can be located here. 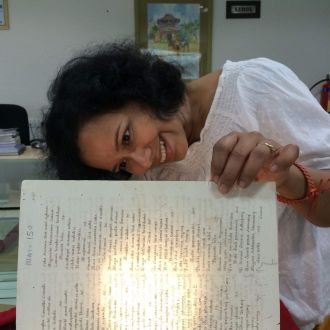