Professor Marcus du Sautoy is widely known for his work to popularise mathematics.  He appears regularly in the media and has written numerous academic articles and popular books on mathematics. He gave the Royal Institution Christmas Lectures in 2006.

Professor du Sautoy has extensive media experience in print, online and broadcast media. He has presented a number of television programmes and series for BBC2/BBC4,  including Precision: The Measure of All Things (three part series, 2013), The Code (three part series, 2011) and The Story of Maths (four part series, 2008). He is also a regular contributor to Dara O'Briain's School of Hard Sums. 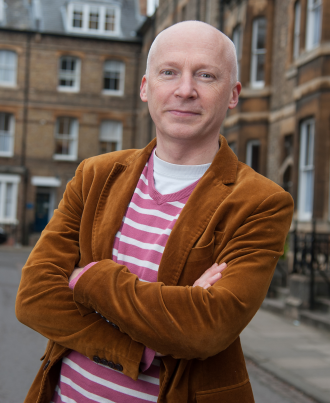