Professor Emma Smith’s work is on Shakespeare – on stage, print, and in wider culture. She has written on Shakespeare’s First Folio (1623) – the first collected edition of his plays - and is interested in how Shakespeare came to be so important. She is an associate scholar with the Royal Shakespeare Company and a regular speaker in schools, literary festivals, theatres, libraries, and book groups as well as in universities. She has contributed to radio and tv programmes and written extensively for newspapers and magazines, including The New York Times, The Telegraph, The Observer and The Guardian.

Professor Emma Smith has extensive experience of both print and broadcast media including on BBC Radio 3 and 4, BBC News and The One Show, a PBS TV documentary on First Folio (wrote and presented) and articles in The New York Times, The Guardian, The Observer, The Telegraph and Prospect Magazine on Shakespeare in the modern world. Also, as historical script consultant on Mary Queen of Scots (2018) and consultant on Netflix drama proposal on a Shakespeare biopic. 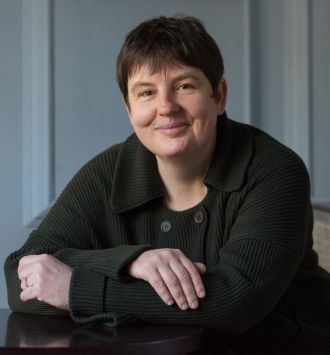