Professor Brent Mittelstadt is Director of Research, an Associate Professor and Senior Research Fellow at the Oxford Internet Institute and coordinator of the Governance of Emerging Technologies research programme which operates at the crossroads of ethics, law, and emerging information technologies. He is a leading data ethicist and philosopher specializing in AI ethics, professional ethics, and technology law and policy.

Across these areas he has contributed several key policy analyses, technical fixes, and ethical frameworks to address the most pressing risks of emerging data-intensive technologies. These include (1) legal analysis of the enforceability of a “right to explanation” of automated decisions in the General Data Protection Regulation (GDPR); (2) the development of a method and ethical requirements for providing “meaningful explanations” of automated decisions in the form of ‘counterfactual explanations’; (3) a novel, legally compliant fairness metric to detect bias in AI and machine learning systems (‘Conditional Demographic Disparity’); and (4) a classification scheme for fairness metrics based on non-discrimination law. These contributions are widely cited and have been implemented by researchers, policy-makers, and industrial bodies internationally, featuring in policy proposals and guidelines from the UK government, Information Commissioner’s Office, and European Commission, as well as products from Google, Amazon, and Microsoft.

Professor Mittelstadt is the recipient of several prestigious awards recognising the impact of his work on scholarship, policy, and society. In 2018 and 2021 he received O2RB Excellence in Impact Awards for his work on explanations in AI, counterfactual explanations, and AI fairness and bias in non-discrimination law. In 2019 he was delighted to receive the best paper award at the Privacy Law Scholars Conference for his work on the ‘right to reasonable inferences’ in data protection law.

Professor Brent Mittelstadt's work has received extensive media coverage (100+ articles) in national and international outlets such as the BBC, The Guardian, Science, Nature, Forbes, New Scientist, Wired, Politico, Sky News, Harvard Business Review, Business Insider, Engadget, and The Huffington Post where he has been interviewed about his research and supplied quotes and commentary on newly published research. He has also appeared on both BBC World News and Sky News as well as making radio and podcast appearances. 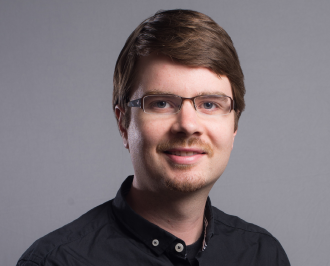