Hannah previously worked as a Spacecraft Thermal Engineer at the European Space Agency on the Russian-European lunar lander mission Luna-27, the Mars Sample Return mission, and the Earth observation mission Sentinel-3, amongst a range of other space missions. She has also worked at CERN as an applied physicist, working on the development of superconducting radiofrequency accelerating cavities for the Large Hadron Collider.

She is an active member of the Rising WISE network (Women in Science and Engineering) across Oxford and Cambridge, was President of the Oxford Space and Astronomy Society, and most recently, she reached the final 6% of candidates for the European Space Agency 2021 Astronaut call, following multiple competitive selection rounds for the 23,000+ pre-screened applicants.

She has authored over ten peer-reviewed publications in the field of space technology and astrophysics instrumentation, as well as a book on space cryocoolers: Mathematical Methods for Cryocoolers (IOP Publishing).

In 2022, Hannah was named as one of 29 new Schmidt Science Fellows and named by Forbes on the 2022 Forbes '30 Under 30' Europe list in the Science and Healthcare category.

Hannah Rana has experience being interviewed and providing expert quotes. 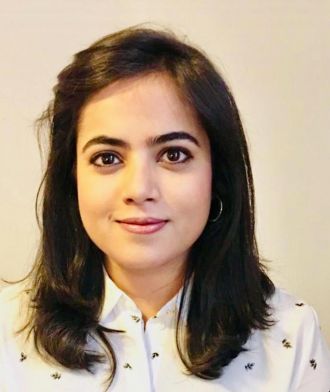