Dr Janina Dill is the John G. Winant Associate Professor of U.S. Foreign Policy at the Department of Politics and International Relations (DPIR) at the University of Oxford. She is also a Professorial Fellow at Nuffield College and co-director of the Oxford Institute for Ethics, Law, and Armed Conflict (ELAC). Alongside current appointments, Dr Dill is a Fellow at the Rothermere American Institute.

Dr Dill's research concerns the role of law and morality in international relations, specifically in war. In one strand of research, she develops legal and philosophical theories about how international law can be an instrument of morality in war, albeit an imperfect one. This work speaks to debates in just war theory and international law.

The second strand of research seeks to explain how moral and legal norms affect the reality of war. Dr Dill contributes to debates about the capacity of international law to constrain military decision-making. She also studies how normative considerations can shape mass attitudes towards the use of force and the attitudes of conflict-affected populations. Several ongoing research projects concern the moral psychology of decision-making in war.

Dr Dill's first book, Legitimate Targets? International Law, Social Construction and US Bombing, proposes a constructivist theory of how international law influences the choice of targets of attack in U.S. air warfare. She tests the theory with three case studies of U.S. air warfare. She further uncovers tensions between a legal and a moral definition of a legitimate target of attack and one guided by strategic considerations alone. The book was published by Cambridge University Press as part of the series Cambridge Studies in International Relations in 2015.

In her second book, Law Applicable to Armed Conflict (co-authored with Ziv Bohrer and Helen Duffy), Dr Dill proposes a moral division of labour between human rights and humanitarian law, examining under what circumstances each body of law better fulfils what Dr Dill argues are the moral tasks of law. Dr Dill's contribution to the book provides a moral justification for the so-called displacement view, i.e. the position that humanitarian law should displace human rights law in certain types of armed conflict. The book was published in January 2020 by Cambridge University Press.

Previously, Dr Dill was an Assistant Professor at the Department of International Relations at the London School of Economics and Political Science.

Dr Janina Dill has recently appeared on BBC Radio 4 and Newshour and has taken part in popular podcasts, such as the Western Way of War and JIB/JAB. She has also written for policy blogs, such as Just Security, EJIL: Talk!, Intercross, and Opinio Juris. 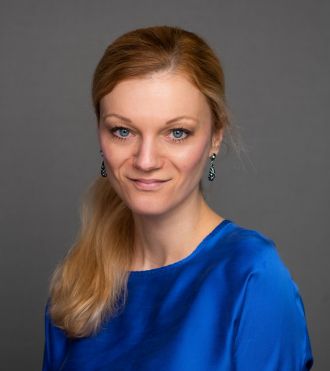