Dr Daniele Nunziata is a Lecturer in English Literature at St Anne’s College, University of Oxford, and a specialist in postcolonial literature. He is particularly interested in cultural production from the Eastern Mediterranean and Middle East, and is a prominent expert on the postcolonial history and literature of Cyprus.

He is the author of Colonial and Postcolonial Cyprus: Transportal Literatures of Empire, Nationalism, and Sectarianism (Palgrave Macmillan, 2021). The book examines the literary background of the island and explores ways in which this specific context adds crucial new insights to the postcolonial field while putting pressure on some of the discipline’s existing assumptions. The paradigm of ‘transportal literatures’ is used throughout the monograph to elaborate on the layered forms of colonialism, neo-colonialism, and nationalism which have impeded the freedom of Cyprus, and its writers, since the late 19th century.

His other research into postcolonial literary works from across the globe have been published in journals including PMLA, Forum, and the Journal of Postcolonial Writing, as well as the book World Literature in Motion (in the Studies in World Literature series by Columbia University Press). As well as lecturing topics concerning African, South Asian, and Middle Eastern literatures, he tutors undergraduate students on Victorian and modern writing and supervises both undergraduate and MSt dissertations.

Elsewhere across the University, he has organised and co-organised several seminar series and conferences on world literature, including The Displaced Mediterranean (for the Race and Resistance Seminar) and Translational Spaces (with the Oxford Comparative Criticism and Translation (OCCT) research centre). He writes regularly for TORCH, Great Writers Inspire, and Writers Make Worlds. He has delivered conference papers at dozens of universities across the globe, from Cambridge, Durham, and Warwick, to Harvard, MIT, and Rome.

As a poet, his work has been published in several international journals and anthologies. He has received several accolades in creative writing, including a Commendation from the 2020 SciPo Poetry Competition.

Recent media work includes interviews and poetry readings on BBC Radio. As a contributor to Writers Make Worlds, Dr Nunziata has conducted interviews with authors and poets, and written articles on literature, culture, and current events. He has also appeared on several podcasts, including From Root To Vine. 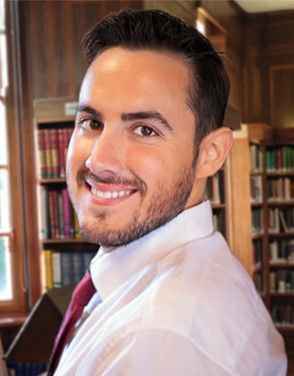