Around half the diseases in the world have no treatment. Understanding how the body works and how diseases progress, and finding cures, vaccines or treatments, can take many years of painstaking work using a wide range of research techniques. There is overwhelming scientific consensus worldwide that some research using animals is still essential for medical progress.

Animal research in the UK is strictly regulated. For more details on the regulations governing research using animals, go to the UK regulations page. 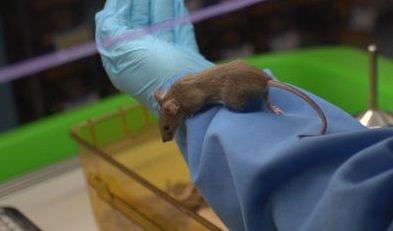 Why is animal research necessary?

There is overwhelming scientific consensus worldwide that some animals are still needed in order to make medical progress.

Where animals are used in research projects, they are used as part of a range of scientific techniques. These might include human trials, computer modelling, cell culture, statistical techniques, and others. Animals are only used for parts of research where no other techniques can deliver the answer.

A living body is an extraordinarily complex system. You cannot reproduce a beating heart in a test tube or a stroke on a computer. While we know a lot about how a living body works, there is an enormous amount we simply don’t know: the interaction between all the different parts of a living system, from molecules to cells to systems like respiration and circulation, is incredibly complex. Even if we knew how every element worked and interacted with every other element, which we are a long way from understanding, a computer hasn’t been invented that has the power to reproduce all of those complex interactions - while clearly you cannot reproduce them all in a test tube.

While humans are used extensively in Oxford research, there are some things which it is ethically unacceptable to use humans for. There are also variables which you can control in a mouse (like diet, housing, clean air, humidity, temperature, and genetic makeup) that you could not control in human subjects.

Is it morally right to use animals for research?

Most people believe that in order to achieve medical progress that will save and improve lives, perhaps millions of lives, limited and very strictly regulated animal use is justified. That belief is reflected in the law, which allows for animal research only under specific circumstances, and which sets out strict regulations on the use and care of animals. It is right that this continues to be something society discusses and debates, but there has to be an understanding that without animals we can only make very limited progress against diseases like cancer, heart attack, stroke, diabetes, and HIV.

It’s worth noting that animal research benefits animals too: more than half the drugs used by vets were developed originally for human medicine.

Aren’t animals too different from humans to tell us anything useful?

No. Just by being very complex living, moving organisms they share a huge amount of similarities with humans. Humans and other animals have much more in common than they have differences. Mice share over 90% of their genes with humans. A mouse has the same organs as a human, in the same places, doing the same things. Most of their basic chemistry, cell structure and bodily organisation are the same as ours. Fish and tadpoles share enough characteristics with humans to make them very useful in research. Even flies and worms are used in research extensively and have led to research breakthroughs (though these species are not regulated by the Home Office and are not in the Biomedical Sciences Building).

The sorts of procedures research animals undergo vary, depending on the research. Breeding a genetically modified mouse counts as a procedure and this represents a large proportion of all procedures carried out. So does having an MRI (magnetic resonance imaging) scan, something which is painless and which humans undergo for health checks. In some circumstances, being trained to go through a maze or being trained at a computer game also counts as a procedure. Taking blood or receiving medication are minor procedures that many species of animal can be trained to do voluntarily for a food reward. Surgery accounts for only a small minority of procedures. All of these are examples of procedures that go on in Oxford's Biomedical Sciences Building.

How many animals are used?

Figures for 2022 show numbers of animals that completed procedures, as declared to the Home Office using their five categories for the severity of the procedure.

# NHPs - Non Human Primates
* Badgers are caught, tagged and released for monitoring in the wild as part the work of the Wildlife Conservation Research Unit (WildCRU).

Oxford also maintains breeding colonies to provide animals for use in experiments, reducing the need for unnecessary transportation of animals.

Figures for 2017 show numbers of animals bred for procedures that were killed or died without being used in procedures:

Why must primates be used?

Primates account for under half of one per cent (0.5%) of all animals housed in the Biomedical Sciences Building. They are only used where no other species can deliver the research answer, and we continually seek ways to replace primates with lower orders of animal, to reduce numbers used, and to refine their housing conditions and research procedures to maximise welfare.

However, there are elements of research that can only be carried out using primates because their brains are closer to human brains than mice or rats. They are used at Oxford in vital research into brain diseases like Alzheimer’s and Parkinson’s. Some are used in studies to develop vaccines for HIV and other major infections.

What is done to primates?

The primates at Oxford spend most of their time in their housing. They are housed in groups with access to play areas where they can groom, forage for food, climb and swing.

Primates at Oxford involved in neuroscience studies would typically spend a couple of hours a day doing behavioural work. This is sitting in front of a computer screen doing learning and memory games for food rewards. No suffering is involved and indeed many of the primates appear to find the games stimulating. They come into the transport cage that takes them to the computer room entirely voluntarily.

After some time (a period of months) demonstrating normal learning and memory through the games, a primate would have surgery to remove a very small amount of brain tissue under anaesthetic. A full course of painkillers is given under veterinary guidance in the same way as any human surgical procedure, and the animals are up and about again within hours, and back with their group within a day. The brain damage is minor and unnoticeable in normal behaviour: the animal interacts normally with its group and exhibits the usual natural behaviours. In order to find out about how a disease affects the brain it is not necessary to induce the equivalent of full-blown disease. Indeed, the more specific and minor the brain area affected, the more focussed and valuable the research findings are.

The primate goes back to behavioural testing with the computers and differences in performance, which become apparent through these carefully designed games, are monitored.

At the end of its life the animal is humanely killed and its brain is studied and compared directly with the brains of deceased human patients.

Primates at Oxford involved in vaccine studies would simply have a vaccination and then have monthly blood samples taken.

How many primates does Oxford hold?

What’s the difference between ‘total held’ and ‘on procedure’?

Primates (macaques) at Oxford would typically spend a couple of hours a day doing behavioural work, sitting in front of a computer screen doing learning and memory games for food rewards. This is non-invasive and done voluntarily for food rewards and does not count as a procedure. After some time (a period of months) demonstrating normal learning and memory through the games, a primate would have surgery under anaesthetic to remove a very small amount of brain tissue. The primate quickly returns to behavioural testing with the computers, and differences in performance, which become apparent through these carefully designed puzzles, are monitored. A primate which has had this surgery is counted as ‘on procedure’. Both stages are essential for research into understanding brain function which is necessary to develop treatments for conditions including Alzheimer’s, Parkinson’s and schizophrenia.

Why has the overall number held gone down?

Numbers vary year on year depending on the research that is currently undertaken. In general, the University is committed to reducing, replacing and refining animal research.

You say primates account for under 0.5% of animals, so that means you have at least 16,000 animals in the Biomedical Sciences Building in total - is that right?

Numbers change daily so we cannot give a fixed figure, but it is in that order.

There are very many non-animal research methods, all of which are used at the University of Oxford and many of which were pioneered here. These include research using humans; computer models and simulations; cell cultures and other in vitro work; statistical modelling; and large-scale epidemiology. Every research project which uses animals will also use other research methods in addition. Wherever possible non-animal research methods are used. For many projects, of course, this will mean no animals are needed at all. For others, there will be an element of the research which is essential for medical progress and for which there is no alternative means of getting the relevant information.

How have humans benefited from research using animals?

As the Department of Health states, research on animals has contributed to almost every medical advance of the last century.

Without animal research, medicine as we know it today wouldn't exist. It has enabled us to find treatments for cancer, antibiotics for infections (which were developed in Oxford laboratories), vaccines to prevent some of the most deadly and debilitating viruses, and surgery for injuries, illnesses and deformities.

Life expectancy in this country has increased, on average, by almost three months for every year of the past century. Within the living memory of many people diseases such as polio, tuberculosis, leukaemia and diphtheria killed or crippled thousands every year. But now, doctors are able to prevent or treat many more diseases or carry out life-saving operations - all thanks to research which at some stage involved animals.

Each year, millions of people in the UK benefit from treatments that have been developed and tested on animals. Animals have been used for the development of blood transfusions, insulin for diabetes, anaesthetics, anticoagulants, antibiotics, heart and lung machines for open heart surgery, hip replacement surgery, transplantation, high blood pressure medication, replacement heart valves, chemotherapy for leukaemia and life support systems for premature babies. More than 50 million prescriptions are written annually for antibiotics.

We may have used animals in the past to develop medical treatments, but are they really needed in the 21st century?

Yes. While we are committed to reducing, replacing and refining animal research as new techniques make it possible to reduce the number of animals needed, there is overwhelming scientific consensus worldwide that some research using animals is still essential for medical progress. It only forms one element of a whole research programme which will use a range of other techniques to find out whatever possible without animals. Animals would be used for a specific element of the research that cannot be conducted in any alternative way.

How will humans benefit in future?

The development of drugs and medical technologies that help to reduce suffering among humans and animals depends on the carefully regulated use of animals for research. In the 21st century scientists are continuing to work on treatments for cancer, stroke, heart disease, HIV, malaria, tuberculosis, diabetes, neurodegenerative diseases like Alzheimer's and Parkinson’s, and very many more diseases that cause suffering and death. Genetically modified mice play a crucial role in future medical progress as understanding of how genes are involved in illness is constantly increasing.