Imagine that an out of control trolley is speeding towards a group of five people. You are standing on a footbridge above, next to a large man. If you push him off the bridge onto the track below, his body will stop the trolley before it hits the five people. He will die, but the five others will be saved. Should you push the man off the bridge?

Before you make your decision, you should know that your popularity could depend on it. According to a new study of more than 2,400 participants, which we carried out with David Pizarro from Cornell University, the way you answer the “trolley problem” can have a big impact on how much people trust you. So let’s have a look at your options.

You might say yes; saving five lives outweighs the harm of killing one person. And you wouldn’t be alone: you’d be making a moral decision in line with “consequentialist” theories of morality. Consequentialists believe that we should aim to maximise the greatest good for the greatest number of people, even if this means causing some harm – for example, by killing one person to save five.

On the other hand, you might say no; killing someone is just wrong, regardless of any positive consequences there might be. Here, you’d be making a moral decision in line with “deontological” moral theories, which focus on moral rules, rights and duties. Maxims such as “thou shalt not kill” and “treat others as you would like to be treated” (otherwise known as the golden rule) fit into this category.

Which do you choose? 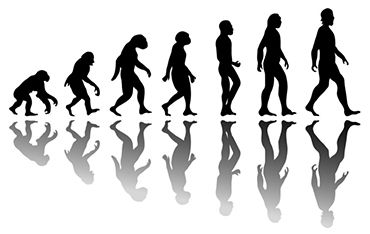 Toeing the line may come naturally.

Statistically, more people think that it’s wrong to push the man off the bridge to save the five others. On one level, this makes sense – we shudder at the thought of a friend or partner doing a cost-benefit analysis of whether you should be sacrificed for the greater good. So why do more people prefer this rule-based approach to morality?

Some scholars have argued that deontological intuitions arise from “irrational” emotional responses. But we thought there might be another explanation: namely, the power of popularity. We proposed that if people who stick to moral rules are considered to be better social partners, that might explain why more people take a deontological view.

Over the course of human evolution, this could favour one type of moral thinking over another among the entire population. So, rather than reflecting irrational or emotional thinking, making moral judgements based on rules could be an adaptive feature of our minds.

We tested this hypothesis using several variations of the “trolley problem” and asked whether people who made deontological or consequentialist moral judgements were preferred as social partners.

Over the course of nine experiments, we found that people who took a deontological approach to the dilemmas (refusing to kill an innocent person, even when this maximised the greater good) were seen as more trustworthy than those who advocated a more flexible, consequentialist approach.

And not only did most people say they would rather trust a deontologist than a consequentialist – they also put their money where their mouths were. When asked to entrust another person with a sum of money, participants handed over more money, and were more confident of getting it back, when dealing with someone who refused to sacrifice one to save many, compared with someone who chose to maximise the overall number of lives saved.

And it wasn’t always the case that those who refused to kill an innocent person were trusted more. Where the person who might be sacrificed indicated a specific desire to live or a willingness to die, people favoured individuals who respected those wishes – even if that involved killing.

These findings don’t just help explain how we came to have the moral intuitions that we do, but also how moral judgements play out on the world stage. Our results could help shed light on why we are often attracted to political leaders who communicate simple messages based on moral rules.

So next time you have to make a tough call, remember – people like people who follow moral rules.