How a policy framework for one UK region could become a blueprint for national geoconservation.

Every day, thousands of people drive along the M1 through Charnwood Forest – an area of the East Midlands home to imposing ancient woodlands, and famed for bluebells.

But many are unaware that the area is hiding a secret. It is also home to globally-significant rare fossils which are around 570 million years old, and is an important region for scientific research and geoconservation.

Charnwood is a loosely defined area of about 70 square miles between the cities of Nottingham and Leicester. It comprises a wealth of geological assets, spread across multiple individual sites - all with different landowners and levels of protection. Many local people and visitors are unaware of its importance, and there is a growing pressure to build homes in the area. This complex arrangement means that some geological assets are at risk, but as with many areas in the emerging field of geoconservation, there is a lack of research to inform policy decision-making.

Now Jack Matthews, an Oxford researcher, has created a science-led framework for managing and conserving Charnwood's geological features. It is the result of working in partnership with two organisations sponsored by the government's Department for Environment, Food and Rural Affairs (Defra): Natural England, which is responsible for regulating and conserving nature and landscapes; and The National Forest Company, a charity which is facilitating a wider Landscape Partnership to protect Charnwood’s natural characteristics.

Jack made several recommendations to the Landscape Partnership and Natural England. These included deploying previously unused powers to make byelaws for the first time, to protect extremely rare fossils

In the framework, Jack made several recommendations to the Landscape Partnership and Natural England. These included deploying previously unused powers to make byelaws for the first time, to protect extremely rare fossils in situ.

He also staged a number of geoconservation workshops, attended by over 100 members of the local communities, as well as other stakeholders.He also suggested controlling public access to sites at risk; and setting up a network of people and time-lapse cameras to monitor assets and generate data to inform policy-making. Both initiatives will generate evidence about the risk to sites from natural and manmade processes.

As part of this project Jack also supported a bid by the Landscape Partnership for funding from the National Lottery Heritage Fund. He attended a field evaluation, which was a key part of the bid, and has led to the securing of a multi-million pound funding package to implement their plans over the next five years.

The OPEN Fellowship has given me the space to explore these concepts and further develop a body of knowledge that will not only be helpful in Charnwood, but also elsewhere in England

The Charnwood study was carried out under an Oxford Policy Engagement Network (OPEN) Fellowship, funded by the University’s allocation from the Higher Education Innovation Fund.

It is hoped that Jack’s approach, which suggests that policies be more effectively underpinned by research evidence and expertise, could influence practice beyond the region, and become a national blueprint for conserving important geological sites facing multiple threats.

Jack's work was informed by a three-year geological study he carried out at the Mistaken Point UNESCO World Heritage Site in Newfoundland, Canada, a site which dates back to the same Ediacaran period.

His research there aimed to understand how fossil sites could be sustainably used as a tourist destination without damaging the geological heritage. Outputs included a study (Matthews and McIlroy, 2019 Geoheritage) that resulted in the provincial government changing its management policies for the fossil site.

Jack’s approach, which suggests that policies be more effectively underpinned by research evidence and expertise, could influence practice beyond the region, and become a national blueprint for conserving important geological sites

During the course of the fellowship, one of the other sites Jack has worked with was awarded UNESCO Global Geopark status, which he discussed in an interview with CBC TV News. The status is awarded to areas with internationally significant geology, who then combine this with their cultural and natural heritage, to support education and sustainable economic development.

Now Jack is enthusiastic that Charnwood Forest may also be in a position to receive the same accolade in future. He has discussed the idea with local communities throughout the project and is hopeful that they will develop it over the coming years to further enhance the region.

The project involved several challenges, including a requirement to work with a diverse network of stakeholders, and manage complexity, when sites across Charnwood are protected by different local and national conservation designations – many of which are inter-related.

Another key challenge was to persuade stakeholders about the value of geoconservation research. The discipline has suffered from an historic lack of funding: unlike with sites of biological importance, there are very few studies to provide the science to underpin policy and management decisions at geosites. 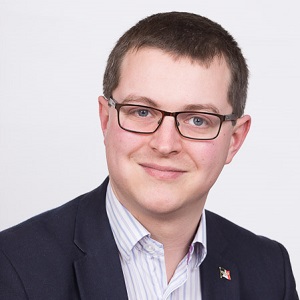