Isis Innovation, the University of Oxford’s commercialisation company, has been named “Technology Transfer Unit of the Year” at a gala dinner in London, held as part of the Global University Venturing 2014 Summit. 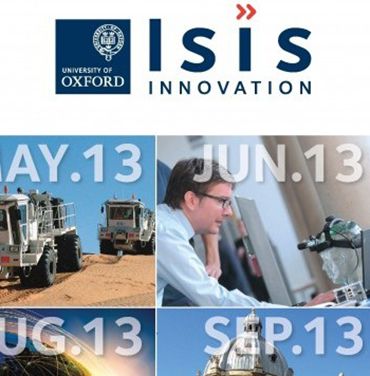 Managing director of Isis Innovation, Tom Hockaday, said: “I and my colleagues here at Isis are honoured to be recognised in what has been an extraordinarily active and exciting year, both for us, and the industry generally. We got off to a fantastic start in the first few months with the Natural Motion exit, the launch of our University of Oxford Isis Fund, and the investment of a record £12m in one of our spin-outs, Nightstar.

“We have already launched seven spin-outs this year, and we’re very excited by the potential of our pipeline of further spin-outs and intellectual property from Oxford, as well as the promise of the start-ups from our Isis Software Incubator.”

The Global University Venturing awards recognise the achievements of both the individuals and organisations that shape the university venturing scene. They cover the best deals, spin-outs and university-linked funds which have been active over the past academic year.