From Patriarchy to Partnership - a new opportunity to achieve gender equality

In 2010, Helena founded the 30% Club, a business-led campaign to improve gender balance in the boardroom. The proportion of female directors on UK listed company boards has since more than doubled and there are now ten 30% Clubs throughout the world. Helena chairs the Diversity Project, a cross-business initiative aimed at improving diversity across all dimensions within the UK investment and savings profession.

Helena is an Ambassador for the Eve Appeal, a charity funding innovative research into gynaecological cancers and a member of the Institute of Public Policy Research’s Commission on Economic Justice. She has been named one of Fortune magazine’s World’s 50 Greatest Leaders and the Financial Times’ 2017 ‘Person of the Year’ at the paper’s Boldness in Business annual awards. She was appointed a Dame in the Queen’s 2017 Birthday Honours list.

Helena is a Philosophy graduate. She is married to a Buddhist priest and they have nine children. Her first book ‘A Good Time to be a Girl, Don’t Lean In, Change the System’ was published by William Collins in February 2018.

In conversation with Helen Clark: Reflections on Women in Leadership

In association with the Bodleian Libraries.

Prior to her appointment with UNDP, Helen Clark served for nine years as Prime Minister of New Zealand, serving three successive terms from 1999 - 2008. Throughout her tenure as Prime Minister, Helen Clark engaged widely in policy development and advocacy across the international, economic, social and cultural spheres. She was a member of the Council of Women World Leaders, an international network of current and former women presidents and prime ministers whose mission is to mobilize the highest-level women leaders globally for collective action on issues of critical importance to women and equitable development.

Leading by example: my path to the podium

Marin Alsop is an inspiring and powerful voice in the international music scene. She is recognised across the world for her innovative approach to programming and for her deep commitment to education and to the development of audiences of all ages. Marin Alsop made history with her appointment as the 12th music director of the Baltimore Symphony Orchestra (BSO). With her inaugural concerts in September 2007, she became the first woman to head a major American orchestra. Her success as the BSO’s music director has garnered national and international attention for her innovative programming and artistry. Her success was recognised when, in 2013, her tenure was extended to the 2020–2021 season. Alsop took up the post of principal conductor of the São Paulo Symphony Orchestra in 2012, and became music director in July 2013. She also holds the title of conductor emeritus at the Bournemouth Symphony in the United Kingdom, where she served as the principal conductor from 2002 to 2008. In the summer of 2016, she served her 25th and final season as music director of the acclaimed Cabrillo Festival of Contemporary Music in California. Alsop is often making history; in 2005 she was the first conductor to be awarded a MacArthur Genius award and in September 2013 as the first female conductor of the BBC’s Last Night of the Proms in London.

Values based leadership in a changing world

Valerie joined as Director of SOAS, University of London in September 2015. From 2010, she served as Undersecretary General for Humanitarian Affairs and Emergency Relief Coordinator at the UN. She served in a number of roles in the public sector including in local government and as Chief Executive of the Equal Opportunities Commission. Valerie was an adviser to the Mandela Government on leadership, change, management and strategy issues between 1994 and 1998. She was appointed a Labour Life Peer in 1997 and became a member of the Government in 1998. She was a Foreign Office Minister, Secretary of State for International Development, Leader of the House of Lords and Lord President of the Council. She also served as UK High Commissioner to Australia before joining the UN. In June 2016, she was made a Companion of Honour in the Queen’s Birthday Honours list.

Truth and Reality in a Hyper-Connected World

Interested in journalism from her teens, Viner published her first article in The Guardian in 1987 while still attending Ripon Grammar School in North Yorkshire. After she graduated from Ripon in 1989, she studied English at Pembroke College, Oxford, and then worked briefly for the U.K. edition of Cosmopolitan magazine before joining The Sunday Times newspaper as a features writer in 1994. Three years later she was hired by The Guardian, where she initially specialized in lifestyle coverage. For her work on the paper’s Saturday magazine, Guardian Weekend, she was named in 2002 Newspaper Magazine Editor of the Year by the British Society of Magazine Editors. During that period she was also on the board of the Royal Court Theatre in London and collaborated with British actor Alan Rickman to compile the one-woman play My Name Is Rachel Corrie (2005) from the writings of an American pro-Palestinian activist who died in 2003 while protesting in the Gaza Strip.

After serving (2008–12) as deputy editor of The Guardian, Viner oversaw the highly successful 2013 launch of Guardian Australia, the newspaper’s online Australian edition. Under her leadership Guardian Australia saw its number of unique monthly visitors grow to more than five million in less than a year, and the site was widely commended for its coverage of climate change and immigration issues. In mid-2014 Viner became editor in chief of Guardian US, the organization’s New York City-based digital edition.

In June 2015 Viner formally replaced Alan Rusbridger as editor in chief of The Guardian. In addition to being the first woman to hold the post, she was only the 12th editor in chief in the newspaper’s nearly 200-year history. She was also simultaneously named a director of the Guardian Media Group, of which the Sunday newspaper The Observer was also a part. Viner’s experience as a leader in digital media was considered a key factor in her landing the top editorial post at The Guardian, which had experienced increasing growth from its online publications; its main Web site, theguardian.com, was among the most popular English-language newspaper sites in the world. 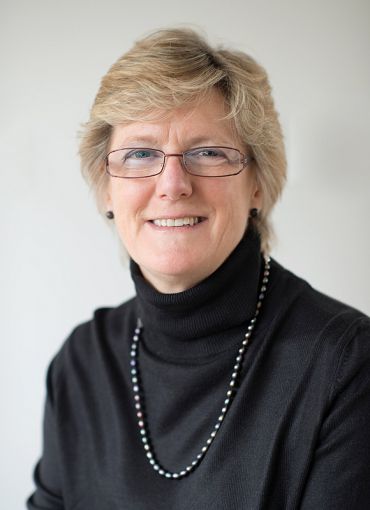 Sally Davies is the Chief Medical Officer for England and the first woman to fill this post. She is a haematologist with specialist research interest in sickle cell disease. But in her advisory post she guides government decisions on diverse subjects such as superbugs, drug trials and obesity. Previous career highlights include developing the National Institute for Health Research. Sally also chairs the UK Clinical Research Collaboration, and is a member of:

In addition, Sally advises many organisations on research strategy and evaluation - including the Australian National Health and Medical Research Council.