Professor Timothy Power has recently stepped into one of the broadest roles in the university as head of Oxford’s Social Sciences Division (SSD). It is not just that the Division is No.1 in the world for social sciences (although it is), Oxford’s SSD is home to a multitude of subjects and specialisms. It includes everything from Law and Geography to Sociology from Social Policy and Economics to Archaeology – and that does not cover the half of it.

Oxford’s SSD is home to thousands of researchers and students, in the widest possible range of specialisms. Why on Earth would anyone take on this Leviathan of a role?

Professor Power appears amiably undaunted. He does not do imposter syndrome and he knows a thing or two about diverse roles. Professor Power is a country specialist, and although he comes from Massachusetts, has had a decades’ long passion for Brazil. This has involved research into Brazil’s politics, language, history, anthropology and culture. And he was, until recently, head of Oxford’s School of Global and Area Studies – which contains specialists in other areas around the world and which whetted his appetite for university administration.

Professor Power appears amiably undaunted [by his new role as head of Social Sciences Division]. He does not do imposter syndrome

Not that he has ambitions to be a US-style executive Dean.  Laughing, Professor Power explains, ‘Deans in the US have tremendous executive power. If a department isn’t making money, it is just cut out – voted off the island, if you like. You could use the analogy of sled dogs – when one of them isn’t pulling its weight [in terms of profitability], it gets thrown to the others.’

This horrifying idea is not the way things are generally done at UK universities – and the Professor emphasises he has no desire for that sort of role. In fact, he feels more comfortable with the decentralised Oxford model, and is very much in support of the amazing breadth of SSD. (There will be no throwing of sled dogs, or academics, to the pack).

If a [US college] department isn’t making money, it is just cut out – voted off the island, if you like. You could use the analogy of sled dogs – when one of them isn’t pulling its weight...it gets thrown to the others

He has a plan, though. You have to be well-organised to be a country specialist, and Professor Power is clearly well organised. He has a strategy to strengthen the division and the academics, rather than terrifying them. Of course, a big part of this is going to be helping ensure the division’s research excellence continues. Professor Power laughs, ‘If I get to the end of my term and we’ve gone from No.1 to No.2, I’ll feel I have failed.’

But what that means in reality is, he says, supporting the ‘amazing ideas’ already coming out of departments, ‘Letting a hundred flowers bloom (not in a Cultural Revolution-sort of way).’

This means departments have funding and that SSD keeps the top researchers and internationally-renowned academics at Oxford. Although that is not always easy, salaries elsewhere can be a lot more, it is high on Professor Power’s ‘to do’ list. And, in order for the division to include the best possible people, he also aims to ensure a concentration on equality, diversity and inclusion.

This horrifying idea is not the way things are generally done at UK universities...and Professor Power has no desire for that role...He is very much in support of the breadth of SSD. (There will be no throwing of sled dogs, or academics, to the pack)

‘We need a more intersectional approach,’ he says. ‘We need to think about staff and culture.’

Professor Power comes from just 20 miles outside of Boston, Mass. But he has been in Oxford for almost 20 years, having spent some 13 years as an academic at universities in America’s south. Although it was largely Catholic and French speaking, he admits that his first academic post (in Louisiana) represented a significant change for a New Englander. He admits, ‘Moving to Baton Rouge was a bigger culture shock than coming to Oxford.’

But his interest in Brazil began back in the 1970s in Massachusetts, somewhat by chance. Unusually, his home town had a large population of people from the Azores, who speak Portuguese. In fact, it was the second language at Professor Power’s grade school, so his road to becoming a Brazil area specialist began very early. The family then spent several years in Puerto Rico, because of his father’s work, and the young Timothy added Spanish to his accomplishments.

‘It was the perfect training for a South America specialist,’ he cheerfully says. 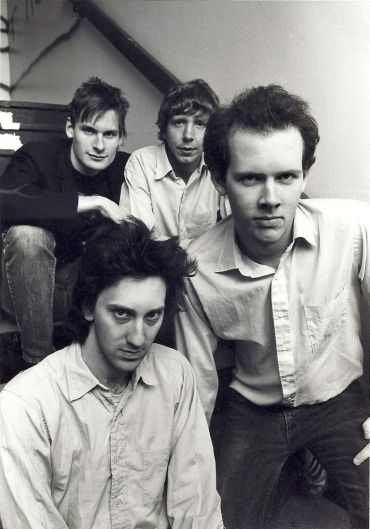 The family returned to the States, in time for him to go to high school, and, as an undergraduate, he went to his local university to study politics. It was peak Cold War; no one knew the end was in sight at the time. And the new student Timothy was at university when Ronald Reagan won the 1980 Presidential election with a landslide – even taking that most Democratic stronghold of Massachusetts, with a wafer-thin majority.

A PhD in political science followed, culminating with a Fulbright scholarship at Notre Dame and another 18 months in Brazil, where he established friendships and connections which have lasted a lifetime. Seven years at Louisiana, were followed by six at Florida – and, in 2005, he came to Oxford to the former Centre for Brazilian Studies (now folded into the Oxford School of Global and Area Studies – where postgraduates can study a range of courses).Five years later, while undertaking a masters, he took advantage of an opportunity to attend a summer school in Brazil – who wouldn’t? It was a pivotal moment in his studies and, coincidentally, for Brazil. Not only had the military junta been defeated in an election, the newly elected president had died – leading to considerable political and economic upheaval. The Professor in typical understated fashion says, ‘It was a very exciting time to be there.’

Professor Power’s interest in politics and political systems has remained throughout and his enthusiasm is so great, it is hard to resist entirely switching to questions about the political situation in Professor Power’s specialist country – and in his homeland (about which he has very firm views).

A recent ESRC-funded project on ‘Coalitional Presidentialism’ saw Professor Power combine with specialists in other areas (colleagues Paul Chaisty and Nic Cheeseman) to look at the nature of presidential democracy around the world.  The team investigated the similarities and effectiveness of executive presidents in South America, Africa and Eastern Europe.

‘The US is different,’ he says. ‘Even a minority president almost never has less than 45% of the legislative seats in the House. And there are only two parties. But elsewhere, in South America for instance, presidents create coalition governments and they may control 10% of the seats in Congress – so there can be a lot of gridlock and that can lead to political blackmail and manoeuvring.’

[Oxford] is academic Disneyland...And when I arrived, I put all the lectures that were going on in my diary and made the mistake of trying to go to everything - events at the Bodleian, and the Sheldonian and talks by Nobel winners. I wrote them all down

Professor Power adds, ‘If the coalition breaks down, and they lose their majority, it doesn’t mean they have to leave office...A presidential system with a fixed term can be an interminable time, if you can’t govern. That’s what interested me...how do they govern?’

So how do they govern? Are there similarities on different continents?

Yes, says Professor Power, ‘There are some very real similarities....The main way presidents manage to hold their coalitions together is by doling out cabinet posts. But there are other ways too. In Eastern Europe, this may include economic regulation – the granting of import licenses and monopolies.’

’In Latin America,’ he continues. ‘Presidents often use decree powers to govern. And in Africa, presidential coalitions are often ethnically based rather than party based.’

The researchers went on to devise what they called ‘the presidential toolkit’ – ie the key methods by which presidents around the world typically govern when they need to win support in the legislature.

‘Some have meaningful parties, some do not,’ he says. ‘Some may be socialist. Sometimes the traditional parties are dying, new parties appear, but you still find the ruins of old parties.’

‘But they use what is at their fingertips,’ says Professor Power. ‘If they can’t get ideological support, they often spend their way out of it. There are basically five tools.’

As with his keen interest in his new role, Professor Power’s enthusiasm for political debate is palpable - and infectious. But he recalls being bowled over when he first came to Oxford.

‘It’s academic Disneyland,’ he says with an entirely serious laugh. ‘Every academic knows something about Oxford. And when I arrived, I put all the lectures that were going on in my diary and made the mistake of trying to go to everything. I wrote down events at the Bodleian, and the Sheldonian and there were talks by Nobel winners. I wrote them all down.’

Professor Power no longer tries to go to everything, but he remains a firm believer in the university, ‘The tutorial system is so unusual. Students elsewhere don’t have anything like as much face time or get their essays interrogated by world experts. That’s where the learning comes in.’

But, before the pandemic, Professor Power would leave Oxford two or three times a year to go to Brazil.

‘You can’t do area studies without visiting the country,’ he says. ‘I can now watch the Brazilian news. It’s better than nothing, but not the same as going there.’

He hopes to visit in the summer, but with his SSD hat on, he is also thinking about trying to encourage cross-divisional work.

But, Professor Power adds hastily, ‘No one gets thrown off the lifeboat.’

Not on his watch.