He is interested in how the global food system will need to change and adapt to the challenges facing humanity in the 21st century, including constraints over water, soil, biodiversity and land.

He is particularly interested in how we can increase agricultural yields without damaging the environment, and the relationship between food production, ecosystem services and biodiversity.

He is a population biologist with broad interests in the environmental sciences and has published in fundamental and applied areas of ecology, evolution and epidemiology.

In 2017 he was knighted for services to scientific research and for scientific advice to government.

He is Lead Researcher on the Oxford Martin Programme on the Future of Food.

Sir Charles has extensive experience of interviews for media including national print and broadcast. 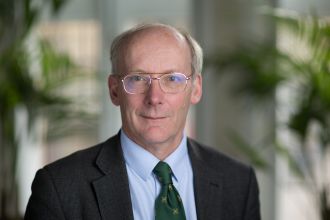