He is a member of the Prime Minister's Council for Science and Technology, Expert Advisor to the National Infrastructure Commission, and Chair of the Science Advisory Committee of the International Institute for Applied Systems Analysis (IIASA). He was a member of the UK independent Committee on Climate Change Adaptation from 2009 to 2019, and was a Contributing Author to the Nobel Prize-winning Fourth Assessment Report of the Intergovernmental Panel on Climate Change.

Professor Hall's group in the University of Oxford is at the forefront of risk analysis of climatic extremes and their impacts on infrastructure networks and economic systems, from local to global scales. He led the development of the National Infrastructure Systems Model (NISMOD), which was used for the UK's first National Infrastructure Assessment and for analysis of the resilience of energy, transport, digital and water networks in Great Britain. His group developed the first national water resource systems simulation model for England and Wales.

His systems analysis methods have been applied worldwide, including in Argentina, China, Curacao, St Lucia, Tanzania and Vietnam. He has published four books, including, The Future of National Infrastructure: A System-of-Systems Approach, which was published by Cambridge University Press in 2016.

In 2010 Professor Hall was elected as a Fellow of the Royal Academy of Engineering 'for his contribution to the development of methods for flood risk analysis, which underpin approaches for flood risk management in the UK and internationally'. He has published more than 160 articles in peer reviewed journals, which have been cited more than 15,000 times, and is editor of the journal Water Resources Research.

Professor Hall has extensive experience of interviews for media including national print and broadcast. 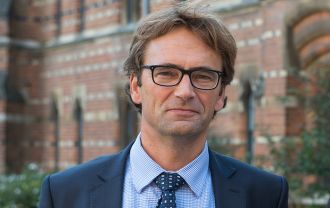