She is a founding figure in the field of colonial and postcolonial studies, and internationally known for her research in anglophone literatures of empire and anti-empire. She is a novelist and short story writer, most recently of The Shouting in the Dark (2015 and 2019), and To the Volcano (2019). She currently holds a British Academy Senior Research Fellowship (2020) for the research project 'Southern Imagining'.

Professor Boehmer's critical and historical research, like her creative work, explores issues of migration, identity, friendship, and diaspora; nation, race and gender representation; and world literature and postcolonial debates, particularly relating to sub-Saharan Africa, South Asia and contemporary Britain. Elleke Boehmer's monograph, Indian Arrivals 1870-1915: Networks of British Empire, is a critical historical investigation of South Asian contributions to British literary, social, cultural and political life in the period 1870-1915. Indian Arrivals won the ESSE biennial prize (2015-16). Her most recent book is Postcolonial Poetics (2018), a study of how we read postcolonial and world literatures today, and how the structures of that writing shape our reading.

A Rhodes Scholar (1985-88), Elleke Boehmer is a Professorial Governing Body Fellow at Wolfson College. Among her recent research projects was the Fell-funded Postcolonial Writers Make Worlds (2016-18) which asks how our reading of British literature shapes our sense of identity in Britain today. The project is particularly interested in thinking about how Black and Asian writing in Britain works as a dynamic cultural and imaginative medium through which new ways of thinking about Britain, and Britain in the world, can be shaped.

Professor Boehmer is currently Humanities lead on the UKRI funded Accelerating Achievement for Africa's Adolescents' Hub project. She was the Director of TORCH 2015-17, and PI on the Andrew W. Mellon-funded 'Humanities and Identities' project at The Oxford Research Centre in the Humanities, 2017-18.

Recent media experience includes an interview with Al Jazeera when American poet Louise Glück was announced as the winner of the 2020 Nobel Prize for Literature (October 2020) and BBC and CBC commentary in 2013 following the death of Nelson Mandela. 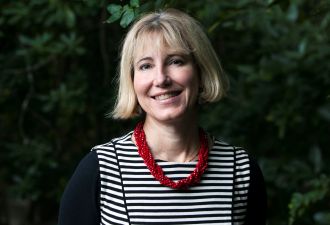