Dr Johannes Ungerer is the Erich Brost Lecturer in German Law and European Union Law at the Faculty of Law and St Hilda’s College, University of Oxford.

Previously, Dr Ungerer taught and researched at the University of Bonn, where he also completed his PhD in the area of German and European law of damages (s.c.l.). He studied law in Halle and Cardiff as a Studienstiftung scholar, and graduated with the German First State Exam and a LL.M.oec. master’s degree in business and economic law. He qualified for the German judiciary and bar with the Second State Exam; his training placements included the Court of Justice of the European Union and the Bundesverfassungsgericht.

Dr Ungerer has experience of working with law firms, courts, not-for-profit organisations, and the media. 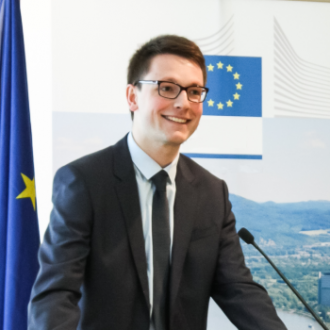