Dr David Francis Taylor specializes in literature and culture of the 17th, 18th, and 19th centuries. His research focuses on British theatre and performance of this period and also on the relationship between literary culture and visual culture.

He is the author of two books: Theatres of Opposition (2012), which explores how opposition politics was played out on the London stage in the 18th century; and The Practice of Parody: A Literary History of Caricature (2018), which looks at how political cartoons in the ‘golden age of caricature’ made use of literary texts by the likes of Shakespeare and Milton. Dr Taylor is also co-editor of The Oxford Handbook of the Georgian Theatre, 1737-1832. At the moment, he’s writing a book about the history of spectacle.

Dr Taylor has extensive experience of public engagement. In 2017, he curated the exhibition ‘Draw New Mischief: 250 Years of Shakespeare and Political Cartoons’ at the Royal Shakespeare Theatre in Stratford-upon-Avon, and a version of the exhibition travelled with the RSC to the Barbican, London, in 2017-18.

Dr Taylor is currently working with theatre companies to bring forgotten plays of the 18th century – by women especially – back to the stage. He is also collaborating with a company specializing in virtual and augmented reality technology to create a smartphone app that will allow users to step into a spectacular pantomime from the 1780s at the press of a button.

Dr David Francis Taylor has appeared in programmes on BBC Two and Channel 4 (see links opposite), as well as BBC News 24 and a number of radio programmes. He has twice been published in The Guardian. 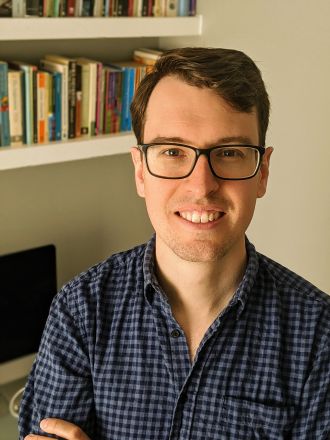