Ben specialises in environment, energy, and sustainability issues and works at the intersection between finance, government, civil society, and academe, having held senior roles in each domain.

Concurrent with his Oxford position Ben is Senior Advisor to the Chair and CEO of the UK Green Finance Institute (GFI) and the COP26 Strategy Advisor for Finance based out of the Cabinet Office. He is also a Visiting Researcher at The Alan Turing Institute and a Visiting Scholar at Stanford University.

Ben has authored and edited a substantial number of publications related to sustainability and is an experienced media commentator and public speaker. He is also a regular peer reviewer and has a number of board and advisory panel appointments, including with the University of Oxford Socially Responsible Investment Review Committee, The Prince of Wales's Accounting for Sustainability Project, ATLAS Infrastructure Partners Ltd, Impact Lens Ltd, the British Standards Institution (BSI), and the Green Alliance.

He has conceived and initiated a number of initiatives related to sustainable finance. Ben founded and co-chairs the Global Research Alliance for Sustainable Finance and Investment (GRASFI), an alliance of global research universities promoting rigorous and impactful academic research on sustainable finance. He established and leads the Sustainable Finance Theme at The Alan Turing Institute and initiated the Spatial Finance Initiative, which aims to mainstream geospatial capabilities enabled by space technology and data science into financial decision-making globally. He co-founded the Commonwealth Climate and Law Initiative (CCLI), which is examining the legal basis for directors and trustees to consider, manage, and report on climate change-related risk, and the circumstances in which they may be liable for failing to do so. He also established and led as chair, Bright Blue's research programme on energy and the environment.

Ben chairs the International Green Finance Coordination Group on behalf of the UK Green Finance Institute and the UK Government. This brings together 20 central government departments, public bodies, regulators, and organisations close to the public sector all working on green finance and has been established to enhance coordination on UK priorities for green finance internationally. He currently serves on the US Commodity Futures Trading Commission's Climate-Related Market Risk Subcommittee and the UK Department for International Trade’s Export Guarantees Advisory Council. In his capacity as a Member of the UK Green Finance Taskforce, he chaired its Workstream on Task Force on Climate-related Disclosures (TCFD) Implementation.

Prior to joining the University of Oxford, he was a Vice President at investment bank Climate Change Capital, one of the early leading asset management and advisory firms focused on the net zero carbon transition, where he ran the firm's research centre and advised clients and funds on the development of policy-driven markets. Ben has previously worked as Research Director for Environment and Energy at the think tank Policy Exchange, as Head of Government Advisory at Bloomberg New Energy Finance, as a Director in the Strategy Directorate of the UK's Department for Environment, Food and Rural Affairs, as a Deputy Director in the Strategy Directorate of the UK's Department of Energy and Climate Change, as an Advisor to The Prince of Wales's International Sustainability Unit, and as Sherpa to the UK Green Investment Bank Commission.

Ben has extensive experience of working with major national and international media, including print, broadcast and online. 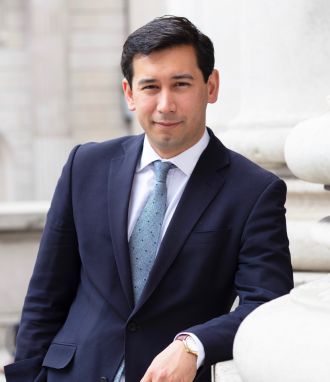