Dr Becky Smethurst is an award-winning astrophysicist and science communicator at the University of Oxford, specialising in how galaxies co-evolve with their supermassive black holes. She was recently awarded the Royal Astronomical Society’s Research Fellowship for 2022.

Her YouTube channel, Dr Becky, has over 500,000 subscribers who engage with her videos on weird objects in space, the history of science and monthly recaps of space news. Her latest book is A Brief History of Black Holes and provides a jaunt through the science history to help people better understand the enigma that are black holes. Her first book, Space: 10 Things You Should Know was named one of Sky at Night Magazine’s Top 20 Books of 2019 and translated all around the world.

Dr Smethurst presents The Supermassive Podcast in association with the Royal Astronomical Society, receiving thousands of listens every month. She regularly appears on national television and radio to explain the latest space news stories and has been an expert featured on The Sky at Night on the BBC. She jokes that her proudest moment is when she identified a song from Disney’s Frozen in under two seconds during her appearance on Christmas University Challenge.

Dr Becky Smethurst regularly appears on national television and radio to explain the latest astronomy and space news in an engaging and accessible way (including BBC Breakfast, BBC News, Sky News, Channel 4 News, BBC Radio 4, BBC Radio 5 Live, BBC Radio 1 Newsbeat). She has spoken to journalists working in print to provide quotes and has been interviewed for shows such as BBC Sky at Night and PBS Nova. Dr Smethurst hosts the Royal Astronomical Society’s Supermassive Podcast and has featured as a guest on many high-profile podcasts including Naked Scientists, The Joe Marler Show and The Gemma Collins Podcast. Thanks to her YouTube channel she is very comfortable speaking to camera, and also works with hotels, resorts (including Soneva) and cruise ships (including Cunard) to provide astronomy travel experiences for guests. 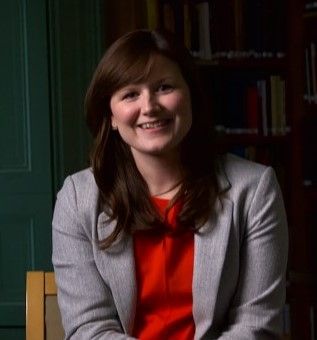