Annette Fayet is a seabird biologist at the University of Oxford. She grew up in France where she studied engineering before moving to Oxford for postgraduate studies and is currently a junior research fellow at Queen’s College and a member of the Department of Zoology.

Dr Fayet is passionate about seabirds, the world’s most accomplished travellers but also the most endangered group of birds on Earth, facing threats like overfishing, climate change, and marine pollution. Seabirds spend most of their lives at sea but little is known about what they do out in the ocean. Dr Fayet uses miniature tracking loggers to observe them and record their movements and behaviour. She wants to understand what drives seabirds’ movements (from feeding trips around their breeding colony to long-distance migrations across open oceans), why populations are declining, and how climate change will affect them.

Her research directly applies to seabird conservation by identifying important marine areas for their survival that need to be protected. Currently Dr Fayet leads projects in the Atlantic, Pacific, and Indian Oceans, focusing on puffins, shearwaters, and tropicbirds. 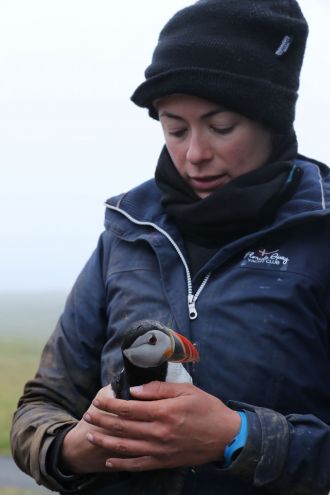