Bill Finnegan's doctoral research is exploring secondary school energy and climate programmes in the UK. He is interested in the social practices of energy use in schools, the climate and energy literacies of different school stakeholders, the empowerment of school climate strikers, and the relationship between schools and their surrounding communities in terms of achieving net-zero targets. Bill will also be using social data science and digital storytelling methods in his research.

Prior to starting a DPhil at the Environmental Change Institute (ECI), Bill spent 16 years as a digital communications consultant for a range of environmental organisations as the co-founder of Tamarack Media Cooperative. He received the 2016 Director’s Award from the North American Association for Environmental Education, 2010 TogetherGreen Fellowship from National Audubon Society and Toyota, and 2007 New Voices Award from J-Lab: Institute for Interactive Journalism at American University.

In 2003, Bill completed an MESc at the School of Forestry and Environmental Studies at Yale University, where his research explored participatory video and environmental education. He later collaborated with his advisor Dr Stephen Kellert to produce the documentary Biophilic Design: The Architecture of Life. Bill also served as PI on a US EPA Environmental Education grant supporting participatory video and Co-PI on a US NSF Informal Science Education grant for interactive web learning.

Experience with media as a documentary film producer (e.g. for BBC Ideas: Do we need to re-think our ideas of time? and Can we transform the world in 12 years?). Please see 'Recent media work' for several further links to video and radio media projects. 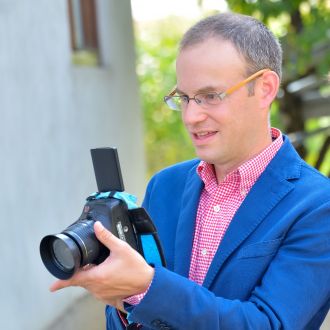 Please use email below
william.finnegan@ouce.ox.ac.uk
wmfinnegan
Academic profile
School of Geography and the Environment