New research from the Oxford University Centre for Business Taxation estimates that for every £100 of corporation tax collected by HMRC, there is a cost to society as high as £29. 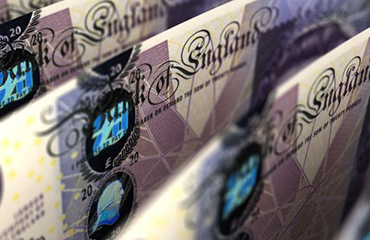 The costs include both the direct costs of complying with the tax law, and indirect costs arising from the ways in which taxes distort economic behaviour. For example, taxes on profit induce businesses to reduce their investment and employment – the foregone benefits of such reduced activity is an additional cost to society.

The tax revenue itself is not a social cost: it represents a transfer from the taxpayer to the government – leaving the taxpayer worse off, but allowing additional expenditure on publicly-provided goods and services. But the additional 29% is an estimate of a pure waste to society of complying with the tax, with no offsetting benefit.

The research is based on a detailed analysis of around 8 million confidential UK corporation tax records in the UK made available by HMRC for research purposes between 2001 and 2008. The approach used for measuring the social cost of taxes is based on estimating the elasticity of taxable income – the extent to which the income of companies responds to differences in the tax rate.

Senior Research Fellow Li Liu, Saïd Business School, Oxford said, ‘Corporations can modify their behaviour in response to tax in a number of different ways. They can change the scale of production and hence the demand for labour, capital and other factors; they can adjust the choice of financial policy and locate both real activities and profits elsewhere. It would be extremely difficult to try to estimate all of these responses, and to aggregate them into a single measure of the social cost. This research breaks new ground by estimating the elasticity of taxable profit, which incorporates all margins of response to changes in the tax rate and so makes possible the estimation of social costs. The relatively high social costs of corporation tax that we estimate should inform policy making, as the economic implication of corporation tax goes well beyond tax revenue’.