A collection of the University's modern involvement with World War One; spanning academic research, teaching materials as well as our digital database of manuscripts & artefacts from the Great War.

We are raising £80,000 to train local communities across the UK to run digital collection days. 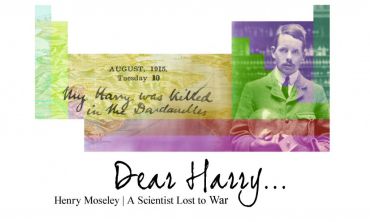 Henry ‘Harry’ Moseley was an exceptionally promising young English physicist. His work on the X-ray spectra of the elements provided a new foundation for the Periodic Table and contributed to the development of the nuclear model of the atom. Yet his life and career were cut short when he was killed in 1915, aged 27, in action at Gallipoli, Turkey. 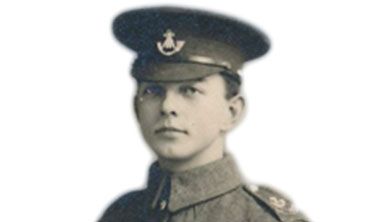 Collections of objects and archives from the Oxfordshire and Buckinghamshire Light Infantry and the Queens Own Oxfordshire Hussars.

Bodleian Library Publishing has published a number of WW1 books related to their collections. 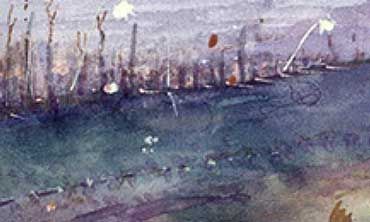 Can we write a history of war through the words that are used? If so, what might this reveal? 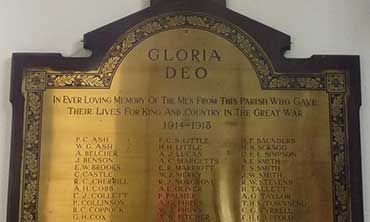 A group of local volunteers has researched the lives of the 66 men from St Matthew’s, Grandpont, who died in the First World War and whose names are inscribed on the church memorial. 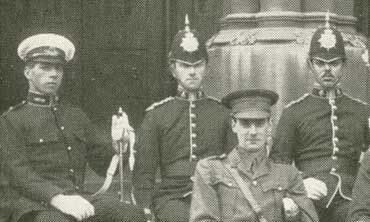 The Centre for Hidden Histories is one of five World War One Engagement Centres, established by the Arts and Humanities Research Council (AHRC). 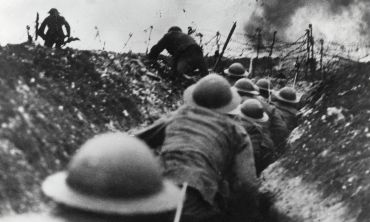 Globalising and Localising the Great War

Globalising and Localising the Great War brings together a community of researchers at Oxford who study the War, and beyond the period 1914-18, in a global context. By creating funded doctoral scholarships and post-doctoral posts over the course of the centenary, this initiative reflects the determination at Oxford to ensure that the years 2014-18 are marked by ground-breaking research and fresh insights by a new generation of scholars. 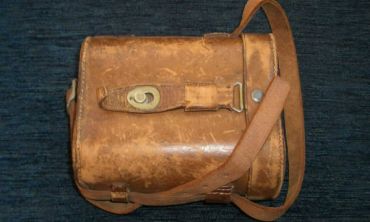 The Great War Archive is an online collection of photographs, letters, diaries and other memorabilia shared by the general public. Every item originates from, or relates to, someone's experience of the First World War, either abroad or at home. Material was collected via a special website and also through a series of open days at libraries and museums, using the Oxford Community Collection Model which has since been adopted by various other initiatives. 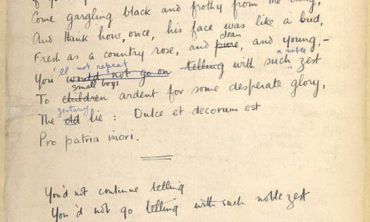 The First World War Poetry Digital Archive is a rich online collection of material by and about the Great War poets. The heart of the archive are the collections of highly valued primary material from major poets of the period, supplemented by a set of specially developed educational resources, all available for free to the public and the educational community. 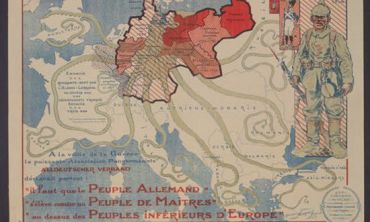 World War I Centenary: Continuations and Beginnings makes a rich variety of materials available under a set of cross-disciplinary themes that seek to reappraise the War in its cultural, social, geographical and historical contexts. The growing collection includes expert articles, audio and video lectures, downloadable images, interactive maps and ebooks that are all freely available for global reuse. 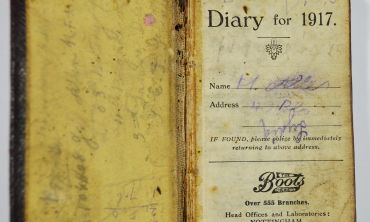 Europeana 1914-1918 is an international initiative collecting and displaying photographs, letters, diaries and other material relating to the First World War held by the general public. The project, which now makes available over 150,000 digital items, is using the Oxford Community Collection Model with input, training and support from the University of Oxford. 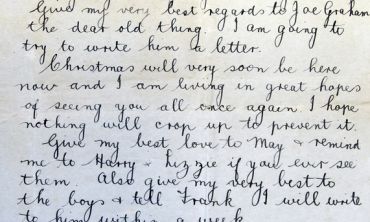 Oxford at War brings together stories, images and other material relating to Oxford during the period of the First World War. The growing collection will contain material shared by members of the public, colleges, departments, societies and others. Anyone who holds stories, photographs, letters, diaries or other memorabilia is welcome to upload their material through the website. 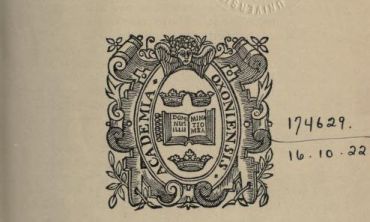 The University of Oxford Roll of Service

The University of Oxford Roll of Service contains the list of 14,561 members of the University who served in the army or navy during the War. "We print them now, with reverence and affection… in this final Roll, as a tribute from the university to the dearest of her sons." See the original manuscript here. 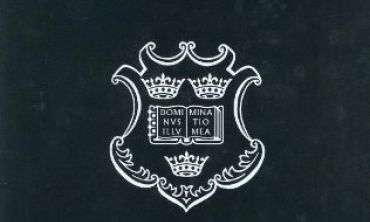 The History of the University in World War One

Read 'Oxford and the First World War', a chapter written by J M Winter which appears in 'The History of the University of Oxford: Volume VIII: The Twentieth Century', Brian Harrison, 1994, Oxford Scholarship Online. 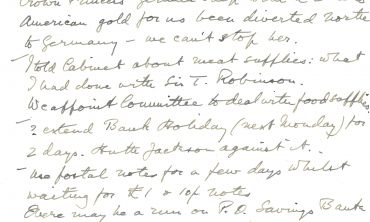 The Oxford World War I Centenary Programme has been established to facilitate the exchange of information on commemoration activities in the lead up to, and over, the 100th anniversary of the War. The programme has been set up by The Bodleian Libraries and the University of Oxford IT Services, who are both involved in large centenary projects. 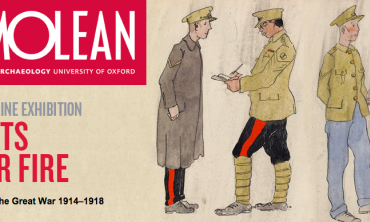 This Ashmolean online exhibition marks Remembrance Day 2014 and the centenary of the First World War. It includes a range of images that reveal the effects of the war on soldiers and civilians alike, as seen through the eyes of contemporary artists. 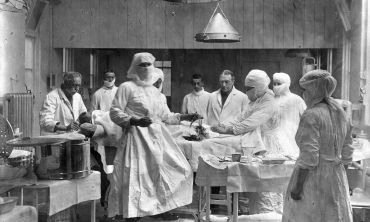 Listen to this fascinating audio walking tour to learn about Oxford’s largely forgotten role in the first global conflict of the 20th Century. Running time approx. 90-110 minutes depending on pace.

19-21 June 2019 – international conference: 'A World Transformed: The First World War and its Legacy', to be hosted by the Rothermere American Institute. Funded by the Rothermere Foundation, the AHRC, the Humanities Division's John Fell Fund, and the History Faculty's Sanderson Fund.

22 June 2019 – 'Oxford: The War and the World, 1914-1919' public engagement day. A day of talks by Oxford University academics and Oxford local historians, venue TBC. Funded by the Rothermere Foundation, the AHRC, the Humanities Division's John Fell Fund, and the History Faculty's Sanderson Fund.

1 November 2018-31 July 2019 – mini-exhibition: 'Oxford: The War and the World, 1914-1919'. The exhibition will showcase the lives of 12 Oxford individuals – 6 men, 6 women, a combination of town and gown – who are illustrative of the impact of the First World War, both in Oxford and abroad. Funded by the AHRC, the Humanities Division's John Fell Fund, the History Faculty's Sanderson Fund, and the Oxfordshire Local History Association.

It will tour 5 venues as follows:

2 November 2018 – 'Oxford: The War and the World, 1914-1919' public engagement day. A day of talks by Oxford University academics and Oxford local historians, Somerville College. Funded by the Rothermere Foundation, the AHRC, the Humanities Division's John Fell Fund, and the History Faculty's Sanderson Fund.

Thursday 12th April to Sunday 15th April 2018 - Christ Church Special Interest Event; Their War and Ours; The Impact of the Great War on Society - Christ Church

Monday 6th November - The Indian Army in the First World War: an Oxfordshire and Buckinghamshire perspective - a touring exhibition starting at Wycombe Museum

3rd October, Talk - We Will Not Fight - The Old Museum, Museum of Oxford

3rd July, Oxford in the Great War walking tour, Museum of the History of Science