St Peter's College did not exist when war broke out in August 1914, with the current site of the College then being occupied by part of old New Inn Hall, the Oxford Girls' School, and the church and rectory of St Peter-le-Bailey. Its World War I links are nevertheless strong, since it owes its foundation to Francis James Chavasse (1846-1928), former bishop of Liverpool (1900-1923), whose children served with distinction in the conflict.

Content courtesy of the Master, Fellows and Scholars of the College of St Peter le Bailey in the University of Oxford

The eldest, the identical twins Christopher Maude (1884-1962) and Noel Godfrey (1884-1917), had been students at Magdalen College School and Trinity College, Oxford, where they had excelled both academically and on the sports field (both represented Great Britain at the 1908 Olympic Games). When war broke out in August 1914, Christopher immediately volunteered as an Army Chaplain. By the end of the month he was involved in the retreat from Mons. He was wounded at Cambrai in 1917, and awarded the Military Cross and Croix de Guerre. He entered Germany with the 9th Corps in 1918 and left the Army in 1919 with the rank of Second Class Chaplain. His brother, Noel, arrived on the Continent in early November 1914 as a Royal Army Medical Corp doctor attached to the Liverpool Scottish Regiment. There he won the Military Cross at Hooge in May 1915, and the Victoria Cross at Guillemont in August 1916. He was famous for his dedication to the wellbeing of his men and his bravery when rescuing wounded soldiers from no-man's land. He made several innovations in the methods and procedures for the medical care of soldiers, and took progressive steps to help men suffering from the mental pressures of trench warfare. He frequently clashed with his superiors in his attempts to improve military hygiene. 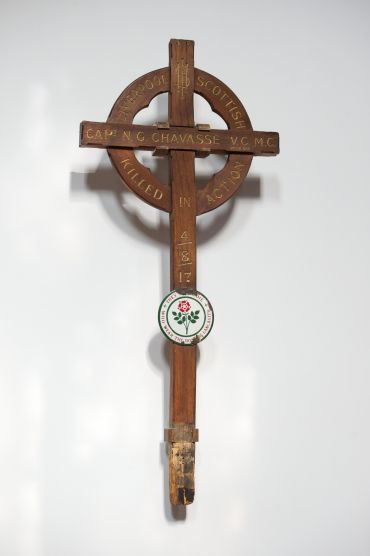 He was seriously wounded by a shell on 2 August 1917 while attending to wounded men in no-man's land. He subsequently died on the 4th of August and was buried at Brandhoek military cemetery. He was posthumously awarded a second Victoria Cross, thus making him the only man to receive two Victoria Crosses in World War I. The temporary cross erected to mark his grave now hangs in St Peter’s College chapel, while a portrait, commissioned after his death, is to be found in Hannington Hall, the College’s dining hall. 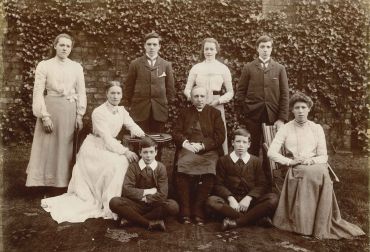 Noel and Christopher’s younger siblings served with equal distinction. Francis Bernard Chavasse (1889-1941) was posted first to Egypt, then France, where he was wounded and awarded the Military Cross, while Aidan Chavasse (1892-1917), whose decorations include the 1914-15 Star, was killed in action in Belgium. The twin sisters Edith Marjorie (1886-1987) and Mary Laeta Chavasse (1886-1989), known as Marjorie and May, volunteered at a convalescent hospital for soldiers at Rednal, Worcestershire, with May eventually travelling to France in March 1915, where she worked at a mobile hospital until 1918. 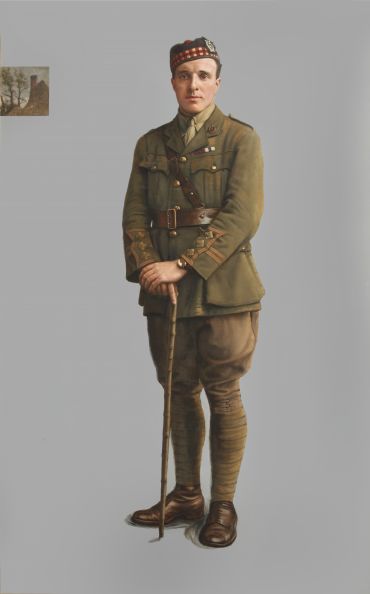 St Peter’s is also linked to World War I through its chapel, which was formerly the parish church of St Peter-le-Bailey. Those parishioners who gave their lives in the conflict are commemorated in a roll of honour on the Chapel’s south wall.

Read more about the Chavasse Family in WW1.